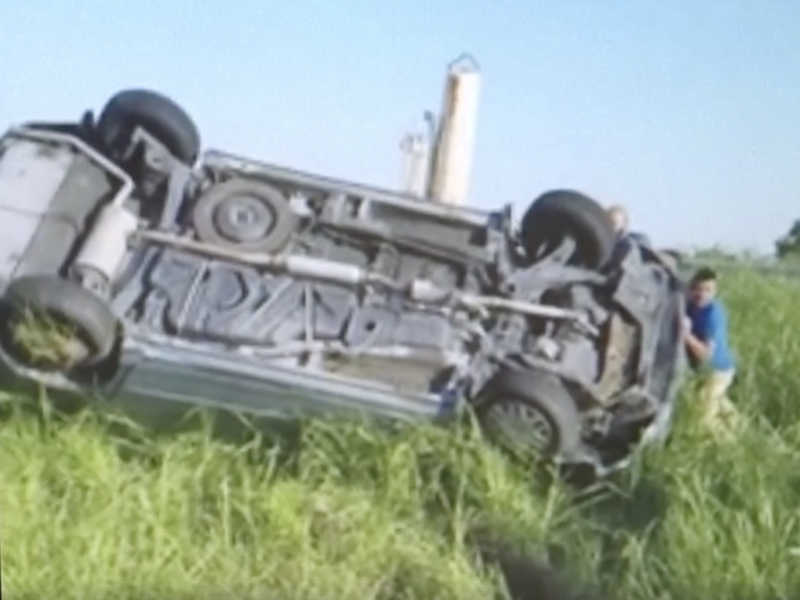 The video is heart-pounding. It shows a group of Good Samaritans rushing in to overturn a van on the side of the road. Amid terrified screams, one woman can be heard praying. A prayer that worked.

“Get it, get it, get it! In the name of Jesus!” the woman can be heard shouting. As she finishes, the Good Samaritans can be seeing turning the truck over on its side. The video ends there, but that’s where the miracle starts.

RAW VIDEO: A witness said she shared this video to recognize the heroic actions of the bystanders following a crash on I-20 in Arlington. STORY: http://on.wfaa.com/2ua72JI

“There were about six people in that minivan, so several peoples’ lives were at risk, and people stepped up to help rescue them,” Sgt. VaNessa Harrison with the Arlington (TX) Police told WFAA-TV. The occupants consisted of a mother, father, three children, and a grandmother.

The crash was the result of a race between two vehicles on a busy freeway. One woman has been arrested and charged with driving while intoxicated.

Here’s the full story from WFAA-TV:

ICYMI: A group of strangers worked together to rescue a family trapped in an overturned minivan after two street racers caused a chain collision on I-20 in Arlington. STORY: http://on.wfaa.com/2ua72JI