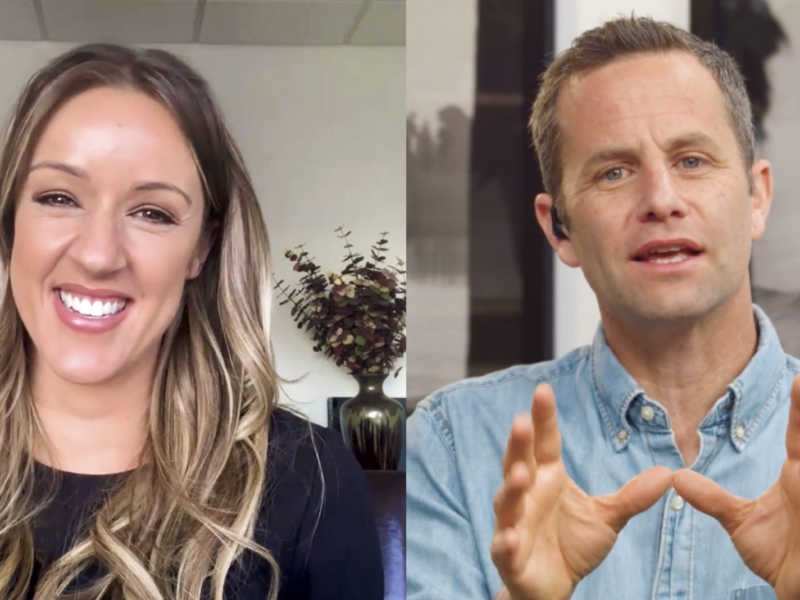 Would you believe that a prominent reporter in Hollywood was actually influenced by…Kirk Cameron? Well, it’s true!

During a recent interview, “Inside Edition” correspondent Megan Alexander opened up about how a speech by Cameron during her college years was so influential she even wrote about it in her book, “Faith in the Spotlight.”

Alexander was Cameron’s guest on his new weekly web series, The Campfire, where he interviews movers and shakers from across culture.

During the conversation, Cameron asked if she had any advice to parents of young girls who are trying to raise their daughters to respect their true beauty instead of chasing praise on social media or from people who objectify them. That’s when Alexander shared Cameron’s influence on her life.

“I would also add that guys are so important in this conversation,” she said. “And you, Kirk Cameron, made a major impact on my life.”

“Wait a minute, I made an impact on your life?” Cameron asked, slightly confused.

Alexander explained that when she was a senior at Westmont College in California a student group brought Cameron in to talk for an event called “One Knight Only.”

“It was an evening to talk about value, and worth, and marriage, and dating, and purity,” she said.

“Yes! Didn’t you gout onto the beach with candles?” Cameron asked.

Alexander then went on to explain how hearing Kirk give a man’s perspective on how he was drawn to his wife in part because of her principles and standards stuck with her.

“Kirk, that made a major impact on my life and why I wrote my chapter on abstinence in my book,” she admitted.

Kirk was blown away: “Wow, I had no idea. Thank you for telling me. That encourages me so much.”

You can watch the clip below. To see the whole interview, join Kirk’s Campfire community at www.thecampfirelife.com.