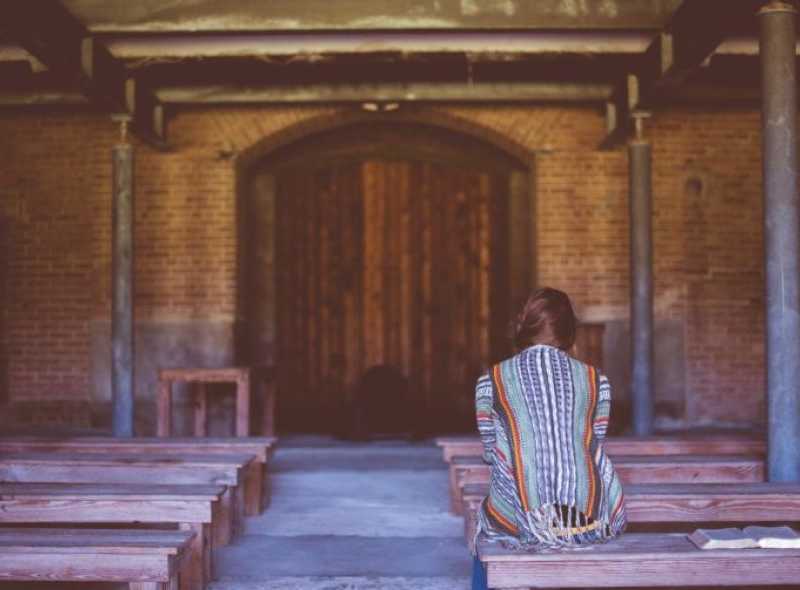 (*For those battling severe anxiety, please read with caution)

I once had a woman ask for prayer for her eleven-year-old boy who was bound by Religious OCD. He had such a deep conviction and fear that if he lowered his head he was bowing to Satan and not Jesus, so he walked around with his head tilted back refusing to lower it. All of the muscles in his neck were being severely affected, he couldn’t eat properly and he was physically suffering due to the severity of his mental illness. His heart yearned to please God but his mental illness was so severe that he had to be hospitalized.

I minister to hundreds of people struggling with Religious OCD but when I mention Religious OCD to Christians they go “what’s that?” or worse, they deny that it’s illness and blame the Devil.

A man in this same support group encouraged the mother with the most powerful response. “I was that boy”, he shared. “I lived with religious OCD for 25 years before I was diagnosed. I grieve for the journey he is on but am so thankful to hear he is getting treated early. God Bless You, you’re a good Mom.”

Now you’re asking too, what is Religious OCD:

Obsessive compulsive disorder (OCD) is characterized by unwanted, intrusive thoughts and anxiety (obsessions) about something and the behaviours (compulsions) that people who suffer from the condition use to relieve the anxiety. This particular anxiety disorder represents a very serious condition that often grips the victim’s mind with fear and, in a very real way, controls their lives.

The person is fixated on obsessions that are based in religion and/or religious beliefs, or around beliefs concerning morality. People who experience this form of OCD suffer from obsessive religious doubts and fears, unwanted blasphemous thoughts and images, as well as compulsive religious rituals, reassurance seeking, and avoidance.

Excerpt from: https://iocdf.org
Common obsessions seen in scrupulosity include excessive concerns about:
• Blasphemy
• Having committed a sin
• Behaving morally
• Purity
• Going to hell
• Death
• A loss of impulse control
Besides excessive worry about religious and moral issues, scrupulosity sufferers engage in mental or behavioral compulsions.
Behavioral compulsions could include:
• Excessive trips to confession
• Repeatedly seeking reassurance from religious leaders and loved ones
• Repeated cleansing and purifying rituals
• Acts of self-sacrifice
• Avoiding situations (for example, religious services) in which they believe a religious or moral error would be especially likely or cause something bad to happen
Mental compulsions could include:
• Excessive praying (sometimes with an emphasis on the prayer needing to be perfect)
• Repeatedly imagining sacred images or phrases
• Repeating passages from sacred scriptures in one’s head
• Making pacts with God

To be honest with you, I am having a really hard time writing this blog post without getting emotional. I get emotional over the torment so many people suffer with and I grieve so deeply for the careless teachings that are destructive to those battling mental illness. What makes me grieve to my core is as I’m writing this post I can sense Jesus’s hand on my shoulder looking over my work knowing his heart is on those that need freedom and love, not another Fear of the Lord Sermon.

You may think that Religious OCD or mental illness is uncommon among Christians and that we shouldn’t water down the message to guard their fragile minds. I’m saying that these teachings are wrong.. period. In my course The Fearless Traveler I would estimate that 40% of all those struggling with severe anxiety battle religious OCD and 75% of what I do to help is undo destructive theology that is keeping them bound.

This is the first installation of a four-part series. This originally appeared on Saraheball.com and was republished with permission.

Sarah E. Ball, is an author, speaker and mental illness survivor. She inspires others to live fearlessly by sharing her humor, vulnerability and wisdom on overcoming anxiety. Sarah offers fearless hope to many through her blog – saraheball.com, online courses, speaking and book – Fearless in 21 Days, A Survivor’s Guide To Overcoming Anxiety.