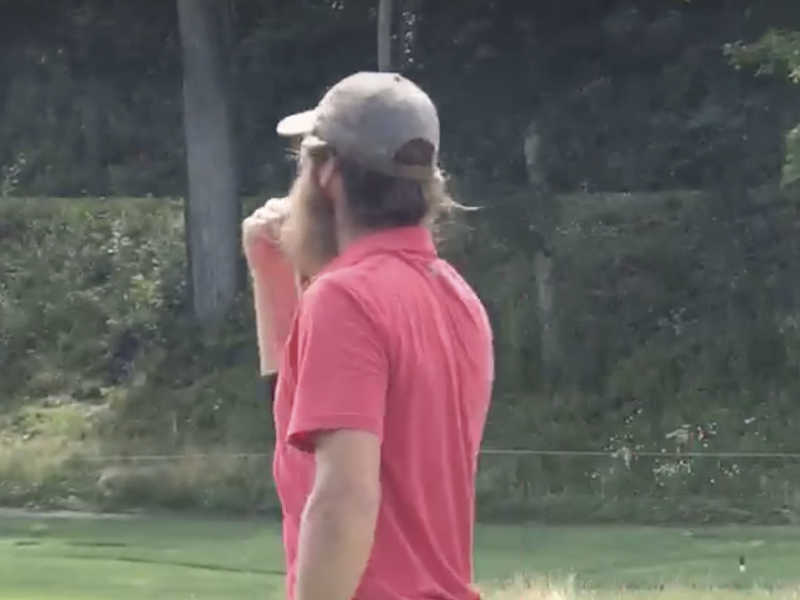 Fans of the show “Duck Dynasty” can likely spot the Robertson family from a mile away — or maybe not, since the clan is usually in some sort of camouflage garb. Last week, however, Jase Robertson was looking a little different than normal. Camo was nowhere to be found as he donned a tucked-in golf polo and nice pants.

Jase was hitting the course with his friend, pro golfer Bubba Watson for the Greenbriar Classic. His wife, Missy, posted a video of the TV star and strong man of faith nearly sinking a long putt under the guidance of Watson.

Check it out, and watch how close he came:

Read: Woman battling rare cancer crosses item off bucket list — and it involves the police and a gun

This isn’t the first time he’s hit the links at the Greenbriar. He takes part annually. One time he even had his golf swing analyzed (and was wearing camouflage shoes and an untucked polo):

If Missy has her way, Jase will be looking nearly unrecognizable soon. Last month the family announced that if they can raise $100,000 for their daughter’s charity, Mia Moo, Jase will shave his beard off — for the first time in seven years!

Currently, the fundraiser is at $26,000 of their goal. You can donate here.