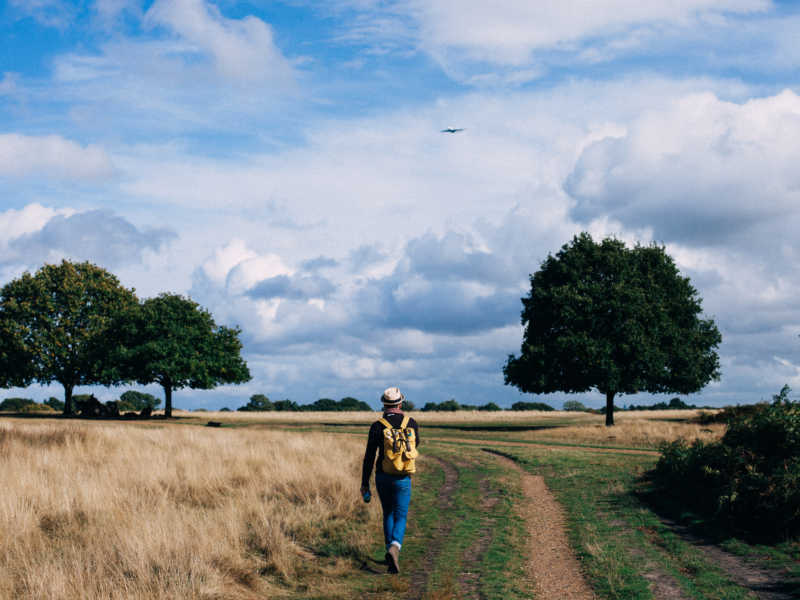 All that is gold does not glitter,

Not all those who wander are lost;

The old that is strong does not wither,

Deep roots are not reached by the frost.

A few nights ago, as I struggled to get to sleep, I flipped to my Bible App and opened Psalm 90. Earlier in the day, I had been inspired by the first two verses:

Lord, you have been our dwelling place
in all generations.
Before the mountains were brought forth,
or ever you had formed the earth and the world,
from everlasting to everlasting you are God.

As I prepared to re-read verse one, my eye fell on the subheading: “A Prayer of Moses, the man of God.”

I’ve spent the better part of 2017 doing a daily study on what the Bible teaches us about God, and I am still in Deuteronomy. Five books in eight months isn’t exactly stellar, but sometimes the deepest digging is the slowest. I’ve been spending heaps of time reading and re-reading the books of Moses as I dig through the text trying to categorize consistencies in God’s character and nature. Psalm 90 is one of the few Psalms attributed to Moses, and his authorship lends greater poignancy to the first verse, “Lord you have been our dwelling place in all generations.”

Moses, the man without a country.

Moses wrote of a dwelling place: The Almighty God.

Born a Hebrew and raised by Egyptians, Moses was a square peg in a round hole. He forsook Egypt and fled to Midian where this upper-class-Egyptian-raised-Hebrew herded sheep for 40 years. When God called Moses to lead the Israelites out of bondage, Moses had to be instrumental in the devastation of a place he had once called home. He eagerly looked toward Canaan—the “land flowing with milk and honey”—to be his final destination. He looked forward to finally having the promised home.

Moses led his people through sea and wilderness, living in tents, and dining on the simple fare of manna and quail. To Moses, this was a small inconvenience in light of the joy that awaited them in Canaan. Sadly, it was not to be for Moses or the Israelites—the latter refusing to enter the land, while the former made a fatal error at the waters of Meribah. For forty years they sojourned as nomads, knowing they would never have a permanent home on this earth.

Moses may have been a wanderer, but he was not lost.

Moses followed God’s direction and found home in the Lord.

I have always been the type that loved to be at home. Give me some comfortable permanence and I’m a happy camper. At age 17, however, I felt a little like Moses—a square peg in a round hole. Needing a fresh start, I left my home in San Diego to attend college on California’s Central Coast. It was, to me, the most beautiful place in the world and I intended to stay “til death do us part.” I reveled in the quiet town, the rolling hills, the glittering ocean, and the breathtaking sunsets. To top it all off, I found an amazing church family and some lifelong friends.

Obviously, since I live on the plains of West Texas, I didn’t stay forever.

Since 1999, I have moved to four different places and had ten different addresses (eleven if you count summers at my childhood home during college). I spent seven years in a literal (and spiritual) desert, waiting anxiously for the job transfer that never came. When all the doors slammed shut in California and we moved to West Texas, I realized that no place would ever feel like home—not Texas, not the Mojave Desert, not the Sacramento Valley, nor the golden central coast—because I don’t belong here. The comforts we have in this life often make us forget where we were going in the first place.

The comforts we have in this life often make us forget where we were going in the first place. Instead of seeing earth as the wilderness, we settle for the lesser pleasures of this life. We try to make our own little Las Vegas here with shiny new buildings and all sorts of entertainment. But at the end of the day, it’s still a corrupt town in the middle of a hot, nasty desert.

Maybe you, like me, often feel out of place in this life. Maybe you feel as though the only constant is change. If you feel unsettled, give thanks for the opportunity to see this earth as it really is—a wilderness journey. Turn your heart toward a more permanent home. What greater gift can we have then to be in the presence of our God—the one who has loved us so deeply, within whom there is no “shadow of turning”?

Consider what the Hebrew writer says about the heroes of faith:

These all died in faith, not having received the things promised, but having seen them and greeted them from afar, and having acknowledged that they were strangers and exiles on the earth. For people who speak thus make it clear that they are seeking a homeland.

If they had been thinking of that land from which they had gone out, they would have had opportunity to return. But as it is, they desire a better country, that is, a heavenly one. Therefore God is not ashamed to be called their God, for he has prepared for them a city.

Do you see this life as a journey or are you trying to build your new little city in the wilderness?

Get back on the King’s Highway, heading onward and upward.

Be a nomad. Be a wanderer. Our citizenship lies in a completely different world.

Now read this: Am I wasting my calling?