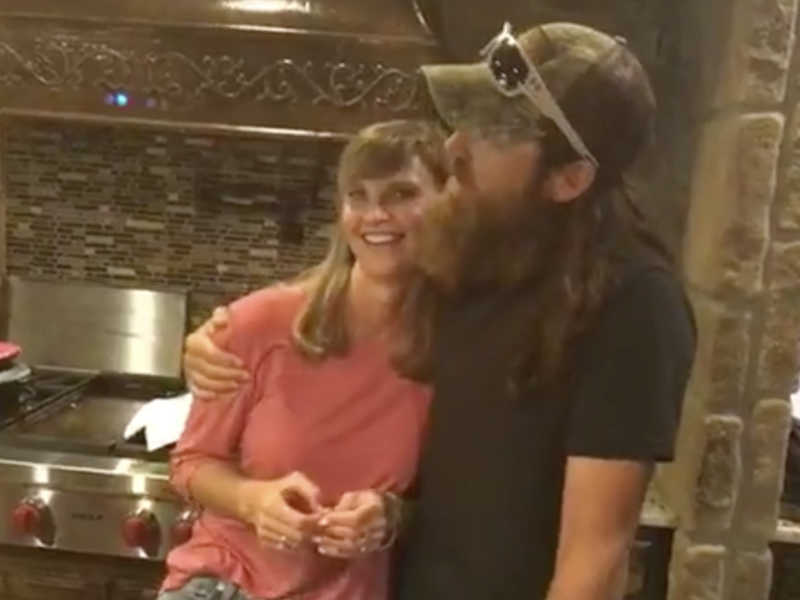 Now that the hit show “Ducky Dynasty” is finished, fans of the show are going to have to get used to following the Robertson family in different ways. Lucky for them, at least one of couples from the show doesn’t plan on slowing down.

Jase and Missy Robertson invited Faithwire into their home this week and gave fans a wide-ranging update on their lives, including what they’re up to now, tips on frog hunting, and even shared their creepiest fan stories during a Facebook live.

As for Missy, she’s been busy expanding her jewelry line. But it isn’t just any jewelry line. The pieces are “individually crafted by women in need of a new purpose, including those rescued from sex trafficking, homelessness and addiction.” Missy is even recording a podcast featuring the stories of some of the women:

When I pulled up FB tonight, it asked me "how did your day go?" I wasn't planning on posting anything today until I read…

And Jase? He’s starting an exciting new website that allows hunters to upload and share their videos. The site, camoflix.com, will also feature regular updates from him.

Together — as you’ve seen here — the couple is working to raise $100,000 for their daughter’s charity, Mia Moo. If they hit their goal, Jase will shave his beard for the first time since June 1, 2010 (a date Missy has memorized).

Despite the couple’s success over the last decade and having no plans to slow down, they have stayed grounded. And they owe that to their faith.

“I think once you have a foundation of what’s important … our relationship with God, our understanding of who Jesus is to us, he’s our Lord … and the relationships that are found because of that,” Jase said, “that’s what really brings true joy and happiness.”

“You have the foundation, but we also have the eternal mindset,” Missy added. “So, it’s not just about this life, it’s not really hardly anything about this life. It is about eternity and pushing as many people possible there.”

Read: It’s not often you see Jase Robertson looking like this

But the interview wasn’t all serious. Not only did Jase share his best tip for frog hunting (“I like to use my hands” and “The greatest thing you can eat is a frog”), but he also described his creepiest fan interaction. It involved a husband and a wife who claimed to be Jase’s biggest fan. To prove it, she unrolled the top of her shorts and revealed a Duck Commander tattoo.

“I said, ‘You know what, you may really be our number one fan. Now I gotta go,'” he chuckled.

Missy’s story is just as odd, however you could say it’s more scary. She said she once got a tweet from a woman declaring that she would be “the next Mrs. Jase Robertson.” Then came a veiled threat.

“All I have to do is get rid of Missy first,” she remembers it saying. “I thought, ahhhhh!”

Hanging out with Missy and Jase Robertson. Any questions?