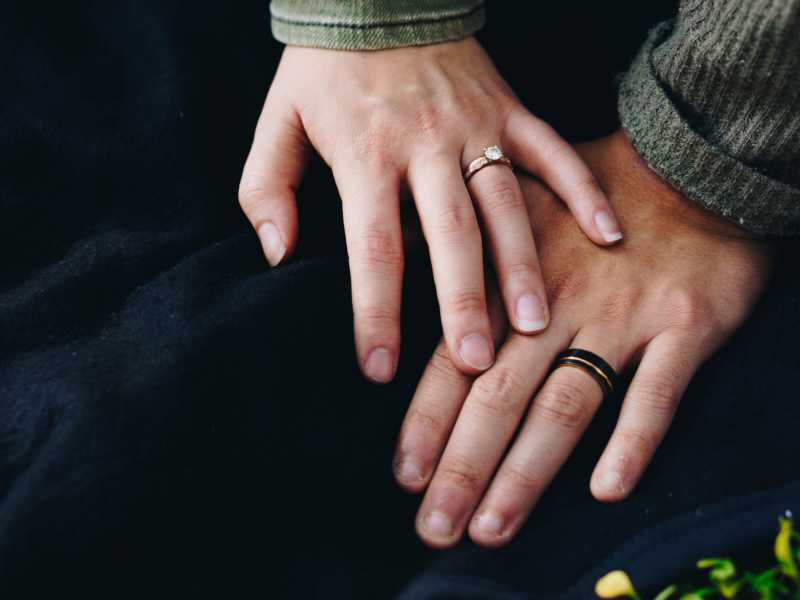 A few Sundays ago my husband and I found our usual seats in church, greeted the familiar faces around us and stood for the beautiful praise and worship music that was just starting. I warmed my hands on my sleeved disposable cup that held hot herbal tea and I sang between sips. Beautiful music, comfy seats and a hot beverage for the bitterly cold morning. Ahhhhh. Cozy. Easy like Sunday morning.

As we sang the last song and got ready for the sermon, a man came to sit in the row in front of us. But before he could sit, he had to peel off layer upon layer of winter clothing. He removed his gloves, discarded his knitted hat, unwrapped his long scarf, and took off several layers of coats, jackets and fleeces. After he’d pared down all his extra layers, we finally recognized him as our friend, Ryan.

As it turns out, Ryan was joining the church service late because several years ago he committed to be on the church’s parking team. He committed to stand outside, regardless of the weather, and help church-goers navigate the potential chaos of parking at a multi-acre church campus with several thousand other cars. As I continued to sip my hot tea, I was in awe of Ryan’s commitment. I gotta be honest, I would have likely called in a sub that particular morning. I’m sure Ryan didn’t feel like being out in the bitter cold, either, yet there he was, honoring his commitment to his fellow church-goers, his church, and ultimately God.

Read this: How to build a powerful prayer life

Since I’m prone to wonder, I imagined Ryan probably committed to be on the parking team on a day that was calm and beautiful. Maybe it was spring and there were birds chirping. The sun was shining, and only big fluffy white clouds in the sky. There was probably even a gentle, refreshing breeze. But with his sunny day pledge, he was also committing to days that would include heavy rain, freezing temperatures, hold-your-ground winds, and since it’s Texas, scorching heat (even on easy Sunday mornings).

That is what commitment is – it’s making a promise of future action even when things get rough. And if it requires a commitment, you can bank on things getting rough. That’s the reason a commitment is even needed because at some point, you are going to want to go back on what you said you’d do (me, too). Whether it’s your marriage, paying a credit card bill, finishing the year as room mom, taking your kid to soccer practice, or following the Lord you said you’d never forsake (see also Peter, see also me) – sooner or later you are not going to feel like following through with your commitment.

Our feelings tell us to stay comfortable, avoid the struggle and pain. A commitment often requires us to move out of our comfort zone, struggle more than we think is necessary, and endure more pain than we thought possible. You can see why feelings often win the day over commitments.

Unfortunately, our culture has embraced the feelings-trump-commitment mentality. It’s evident in our divorce rate, the number of people who opt to live together instead of committing to marriage, our debt (both nationally and individually), the number of fatherless families, and just about anywhere else you look in our society. We’ve (I’ve) got to be diligent to honor commitments, not just honoring our feelings in our “all-the-feels” culture.

The Bible gives us so many examples of people who kept their commitments in agonizing circumstances. None was without risk or hardship in keeping their commitments, but God used each for His purposes and good (Romans 8:28). In each of their stories, feelings could have easily derailed their commitments:

Noah kept his commitment to build the gigantic ark not knowing when the rains would come, and the world (his family) received salvation and the debut of the rainbow (Genesis 6-8).

Queen Esther committed to her people and used her position, at the risk of losing her own life, and saved the Jewish people from lawful extermination (Esther).

Daniel committed to pray to God, even though prayer was outlawed, and the mouths of lions were shut (Daniel 6).

Paul committed to travel thousands of miles to tell others about Jesus, being beaten and jailed along the way, and the Church was born (Acts).

And Jesus. Precious Jesus. While He was in perfect Heaven, He committed to come to Earth and die a heinous, excruciating death. He gave His life in order to pay for our sins and restore our broken relationship with God. Jesus, being fully man and fully God had feelings, too. He felt every nail. He felt the crown of thorns dig into his scalp. He felt every lash of the whip. He felt every sting of insult that was hurled at Him. He felt it all and still followed through with His commitment, and Heaven became available to you and me (Matthew 27:26-50; Mark 15:15:37; Luke 23:26-46; John 19:1-30).

Counter to our culture, feelings are not paramount. When we allow our feelings to reign over our commitments, not only do we break a promise, but we miss out on all the blessings that were on the other side of that kept commitment. At some point, keeping a commitment gets hard and our feelings don’t like hard. But that’s why a commitments are needed.

Here are a few questions about commitments in your own life (not going to lie, the last question was a hard one for me to confront):

Now read this: Do you know how to love others well?

This post appeared on JulieHildebrand.com and was republished with permission.