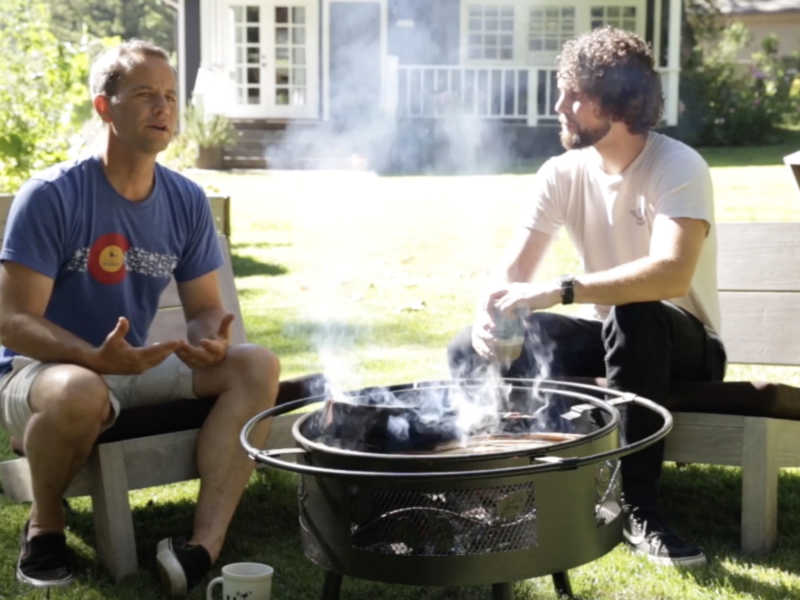 In a heartfelt devotional as part of his weekly web series, The Campfire, Kirk Cameron shared his view of the current battle for traditional, Judeo-Christian that are at the heart of America’s founding. And he called on people of influence to stand up for them — including people who may not think they are that influential.

“I think of our nation and I think of the danger that it’s in,” Cameron told his co-host, Zach, after reading a passage from Charles Spurgeon’s “Morning and Evening” about not standing idly by in the arena of faith and ideas. “I look on the news and I read in the media that the very values that we’re advancing in our country are at war with the foundations of our country.”

“Our country is built on these Judeo-Christian principles and values,” he continued. “Things like the 10 Commandments, things like the Constitution and the Declaration of Independence, which summarize so many of those values, we’re at war with those things. And we’re calling good evil and we’re calling evil good.”

That’s when he talked about the responsibility he feels he has to take a stand.

“I have to think that with the platform that God’s give me and others in the entertainment industry … how can we use those platforms to influence other people for good?” he said. “So I’m always thinking about that … I feel like that’s part of my calling, is to get into the arena and fight for values that really matter for our kids and four our faith and for our family.”

But that doesn’t mean that everyone has to have a massive platform to make a difference. Instead, he said, we all have a responsibility to influence those around us.

“God gives each one of us a platform, a circle of influence, a corner of the kingdom to bring Heaven to earth,” he explained.” And by that I mean, taking the principles that God has placed into your heart, things that are true, things that are good, things that are beautiful, that are praiseworthy, that are noble, things of character. And bring those things into your marriage, bring  them into your family with your kids, and bring them into your work, your church, your community, and your nation. By all means, vote, and have your values expressed and your voice heard to bring heavenly influences to your world. And we should never shrink away from doing those things, even when it’s politically incorrect, even if people disagree with us.”

Watch the full clip below, and then sign up for a FREE 30-day trial of The Campfire, which includes weekly Bible studies with Kirk like this one.