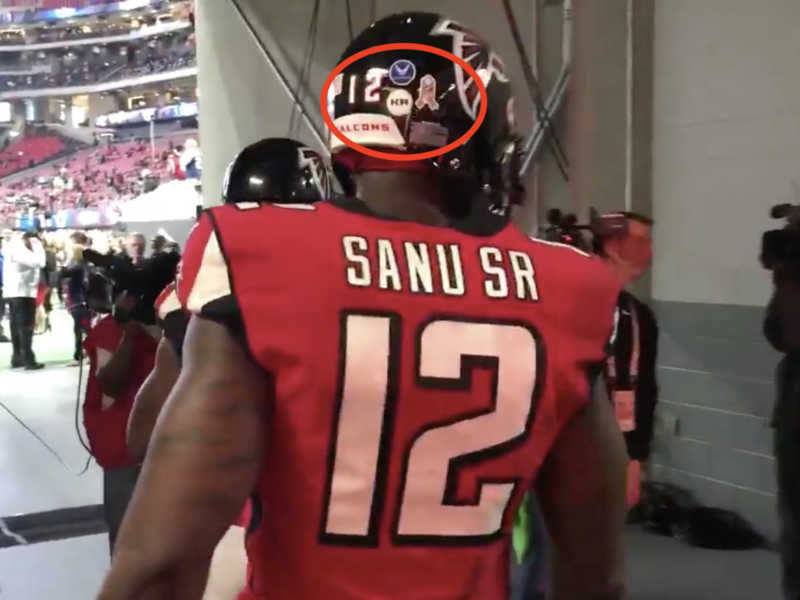 While the news recently has been dominated a lot by NFL players protesting the National Anthem, on Sunday one team unashamedly honored this country’s fallen heroes. And every single player participated.

It all focused on a simple sticker on each player’s helmet with some letters on it.

During Sunday’s game against the Dallas Cowboys, Atlanta Falcons player wore small, white stickers that included the initials of a different veteran who gave the ultimate sacrifice.

The team released a touching video earlier in the day talking about the heroes they were honoring:

It's bigger than us.

Today, each of our players will be wearing the initials of a Fallen Hero on a special helmet decal.#SaluteToService pic.twitter.com/VeqgVqqDeu

You can clearly see the stickers a video showing players warming up in the tunnel:

The gesture was part of the NFL’s “salute to service” this Veteran’s Day weekend.