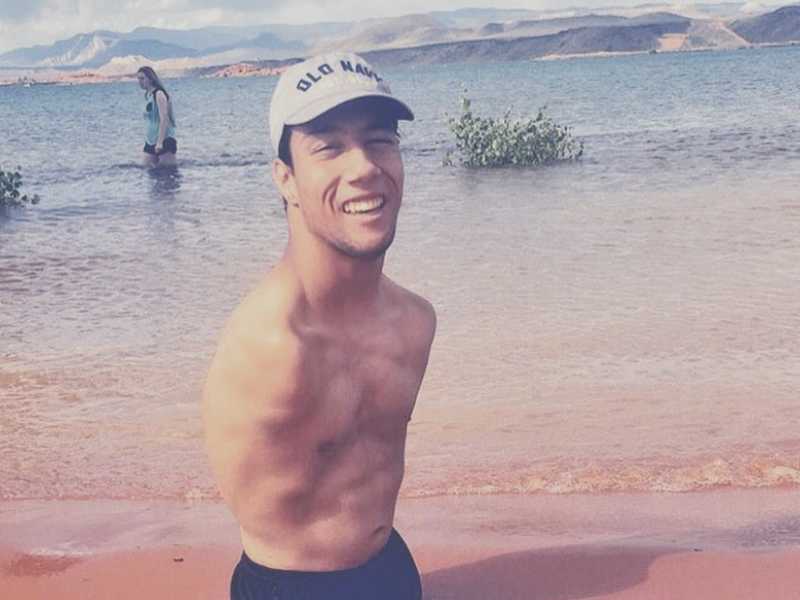 If you’re struggling to find the strength to move forward today, you need to know about Gabriel Adams.

Gabe’s life has been anything but ordinary, and everything but easy. When he was born, his parents abandoned him because he had Hanhart Syndrome, which means Gabe has no arms and no legs.

Thankfully, he was adopted by Janelle and Ron Adams, and as he grew older, he learned to not let his disability hold him back. In fact, the phrase Gabe shares on Instagram bio proves that he has an attitude of courage and strength: “Pray, Slay, Replay.”

“I wouldn’t have been able to do anything without my parents,” Gabe told “Today“. “They gave me a chance to find out what I love.”

From a young age, he was committed to accomplishing seemingly impossible tasks on his own. In a Facebook video from “Born Different“, Gabe says, “Ever since I was fifteen years old, I told myself that my goal was to be as independent as possible. So I was going to do whatever it took to become where I am today.”

And where is he today? Gabe not only graduated high school, but he also performs as a dancer to help raise money for those battling sickness, and he travels across the country giving motivational speeches. Yes, that’s right. The man who has once abandoned because of his disability now uses that disability to bring joy to others.

Gabe credits his parents for challenging him when he was young to be independent.

“We worked hard with Gabe to help him overcome different challenges,” says Gabe’s father, Ron. He continues, “That, of course, resulted in a lot of struggles, a lot of tears on both sides.”

Gabe says that he actually hated his parents for making him work so hard, but now he sees the full picture. “I’m so grateful that they pushed me and encouraged me to be the person they knew I could be.”

Man Born Without Arms And Legs Lives Life Without Limits

One common question that Gabe receives is, “Is your life hard?”

His response? Gabe confidently says, “No, my life isn’t hard. Life is only hard when you make it hard.”