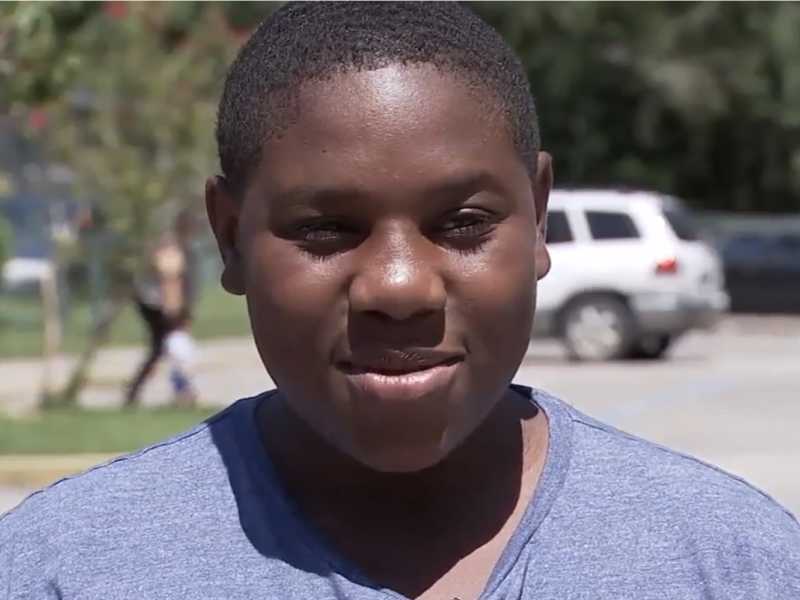 An amazing story about a “surprising hero” has emerged in the wake of Hurricane Harvey: a 13-year-old boy from Dickinson, Texas, who reportedly used an inflatable air mattress to save 17 of his neighbors.

Virgil Smith told KTRK-TV about how he jumped into action when water started pouring into his apartment complex during the hurricane. It all started after he and his mom hunkered down in a stranger’s second-floor apartment and Smith received a phone call from one of his friends in another nearby building.

So, rather than worry about his own safety in that moment, the selfless teen ventured back to his apartment at 2 a.m., grabbed an inflatable mattress and headed outside in the midst of darkness and uncertainty to swim through the debris to the other building.

After he found his friend and his friend’s family members, he and two other neighbors loaded them onto the mattress and pushed it back to Smith’s apartment building.

“I put him, his two sisters, one baby and his brother, and I had my other friend by the hand right here,” Smith recounted. “And I set his momma and his step-dad on the air mattress.”

But the heroism didn’t end there, as Smith went back and helped rescue others as well, including a woman who was in a wheelchair. His mom, Lisa Wallace, said her faith got her through as she watched her son in action.

“All I’m thinking about is ‘I know he’s able to save. He can rescue, he can swim,’” she said. “And I just had faith in the Lord that everything was gonna be alright.”

Listen to the teen tell the amazing story below: