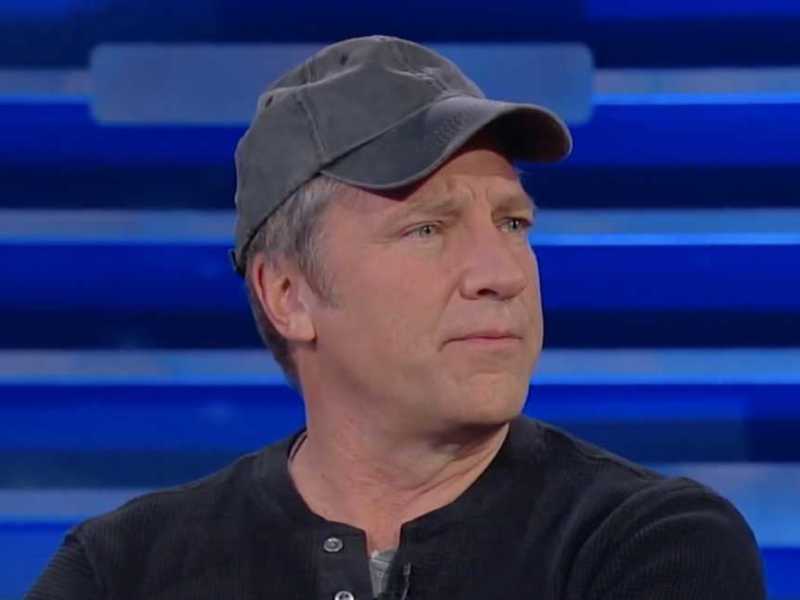 Reality TV host Mike Rowe is responding to criticism over his decision to air his new show “Somebody’s Gotta Do It” on a Christian network — and he’s not mincing words.

Rowe explained in a blog post in early July why he’s now airing his program on the Trinity Broadcasting Network after critic Jane Lew rebuked the host for choosing a channel that “excludes and offends” her sensibilities.

“Your choice of network contradicts the inclusiveness of your content as well,” Lew wrote. “I hope your short-sighted decision has a huge payout. If not, you are just moronic.”

Then Rowe turned the tables, explaining to Lew what real tolerance looks like, reminding her he has appeared on just about every major television network and dozens of radio stations:

If appearing on TBN means I’ve “chosen my audience,” so be it. But you should know that I’ve also appeared on CNN, FOX, MSNBC, History, Discovery, National Geographic, Science Channel, Animal Planet, Destination America, PBS, NPR, ABC, CBS, NBC, and over a hundred different radio stations. In other words, if I have “chosen my audience,” I’ve picked a much larger one than you’ve given me credit for.

“Obviously, if my appearance [on TBN] leaves you feeling excluded, I’d encourage you watch something else,” he added. “But I’d also encourage you to consider the possibility that the decision to be offended is exactly that — a decision.”

Rowe then praised TBN for its tolerance, pointing out that if the Christian network took issue with the diverse people he hosts on “Somebody’s Gotta Do It,” executives at the faith-based channel “wouldn’t put the show on the air.”

“If I demanded every network I do business with comport with my personal view of the world, I’d be broadcasting only to myself,” Rowe wrote. “Or as they say in the chapel, preaching to the choir. And really — where’s the fun in that?”

Rowe, a native of Baltimore County, Maryland, was raised Presbyterian. In fact, his grandfather helped construct a portion of the church he attended as a child, he told The Christian Post. Growing up, the TV personality said, faith wasn’t a mainstay in his life; rather, it was “always around the edges.”

It really wasn’t until he became an adult that Rowe realized the importance of faith, and how much of it has been stripped from television.

“When I started making TV, I realized that a lot of the places where I went, people’s faith and people’s church … occupied the same kind of real estate, but when I saw the finished versions of other shows, those things were always cut out,” Rowe explained.

With “Dirty Jobs” and “Somebody’s Gotta Do It,” Rowe said he’s committed to telling people’s entire stories — faith and all.

“It’s a disservice to them to edit out the grace,” he said. “This is who they are and that’s what they do before dinner.”