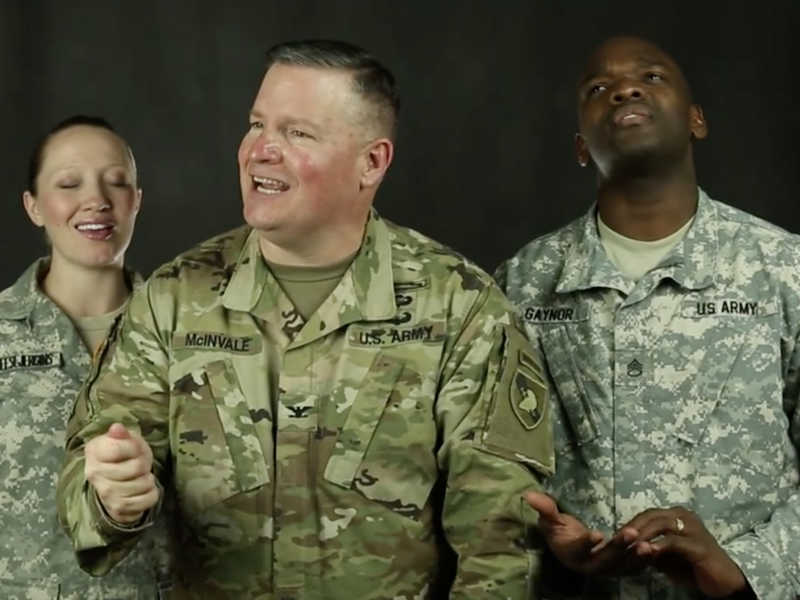 Just in time for Father’s Day, the West Point Band has released a cover of the country hit “My Old Man.” And boy do they nail it.

The song by the Zac Brown Band climbed the charts this spring and peaked in the top 20. It’s an ode to fathers, and couldn’t be more appropriate for the weekend.

The West Point Band released their version of the song this week, which includes some special messages to military dads. The Zac Brown Band took notice, praising the cover on their Facebook page.

“This great cover of ‘My Old Man’ from the U.S. Military Academy West Point Band is what it’s all about!” the group wrote. “Everyone please give it up for Colonel Doug McInvale (lead vocals) as well as Staff Sergeants Emily McAleesejergins and Jeremy Gaynor!”

To all of the fathers: Thank you