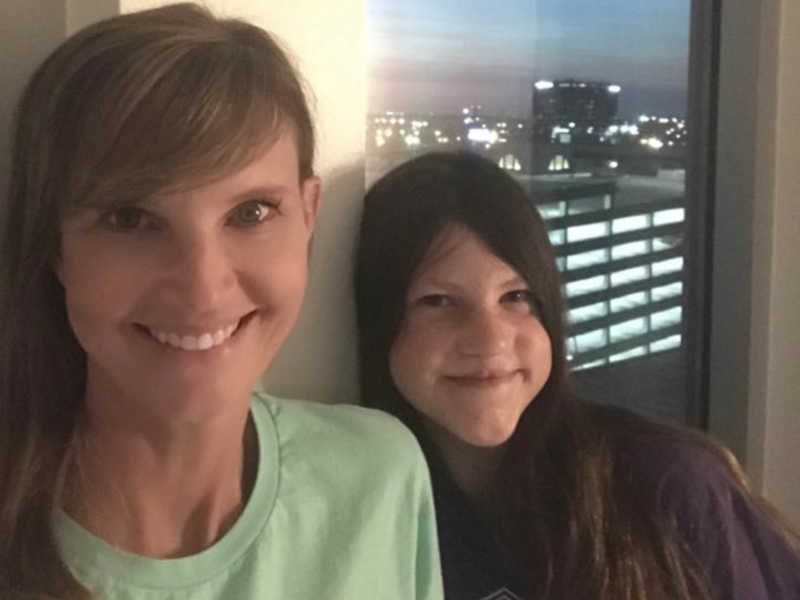 Missy and Jase Robertson have been open about their daughter Mia’s journey with cleft lip and palate. It was even featured on an episode of “Ducky Dynasty.” This week, that journey involved Missy and Mia taking a road trip from West Monroe, Louisiana, to a Dallas, Texas, doctor for a checkup. And it led to a random act of kindness and a challenge to Christians from Missy.

“I drove to Dallas tonight with Mia for a doctor’s appointment and stopped at our favorite Tex Mex spot Chuy’s Restaurant,” Missy began in a Facebook post. “As we ordered, a couple stopped at our table and thanked us for our stand for God on TV. They wished blessings on Mia’s doctor’s appt and us a good evening.”

While that was kind, it was only the beginning.

“Later, when I asked for the check, I found our meal was paid for by the sweet family sitting behind us! They said they appreciate what we stand for,” she explained.

For Missy, it was just what she needed, saying that it “lifted her spirits” during a stressful time.

But in true Robertson fashion, she turned that act of kindness into a challenge for others.

“What a better world this would be if we commended each other more for being vocal about our Savior. Life isn’t always easy, but Jesus is Lord! A big thanks to that sweet family! You know who you are,” she said, adding the hashtag pay it forward. “By the way, there are more of us out there than the media wants us to believe. Let’s stand together for Christ!”

If you’re curious about how the appointment went, Missy posted an update:

Mia's Dr appt went great today. Thanks for all the prayers! Returned home in time for a magazine photo shoot featuring…

Missy and Jase are currently in the middle of a fundraiser for Mia’s charity, Mia Moo. If they raise $100,000 Jase will shave his beard off for the first time in seven years. You can donate here.