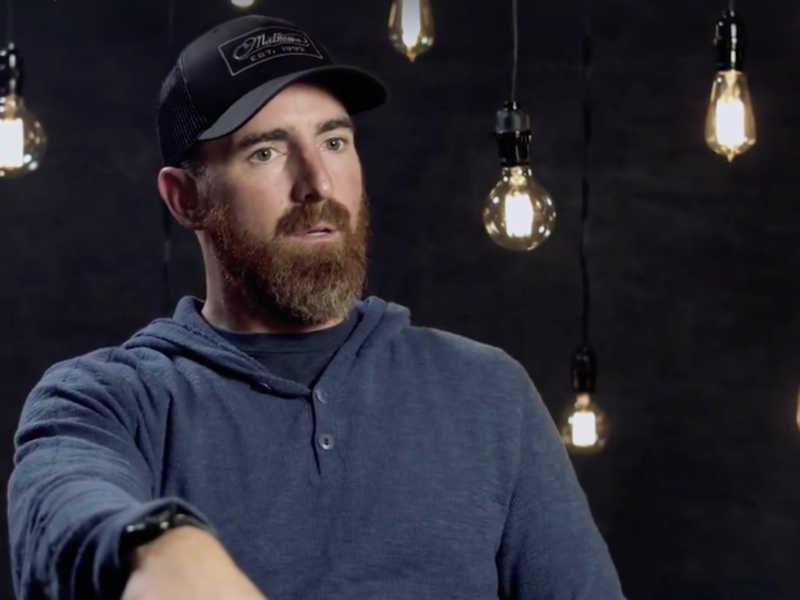 Last spring, Adam LaRoche made a shocking decision: He retired from Major League Baseball after his team told him to stop bringing his son to the ballpark. The mandate crushed him. But he decided that less time with his son, Drake, just wasn’t what he was going to be about. So he gave up baseball after 13 years.

Now, in a new video for Sports Spectrum, LaRoche is is explaining what led to him choosing his son over the $13million he was set to make in 2016.

The decision, surprisingly, starts in a brothel in Thailand the offseason before. That’s where LaRoche and fellow MLB player Blaine Boyer volunteered with a non-profit called Exodus Road, posing as “Johns” in order to fight sex trafficking.

“We came back from there and said, ‘Are we really going to play the game of baseball while this is going on?'”

Then came the decision from his team, the White Sox, to ban his son from the locker room — a tradition he had participated in for years and had been widely accepted.

“So I had this decision,” he explains. “The cause and the main reason being, I can no longer take my son. But this whole trafficking thing that was still really stirring in my head and in my heart … it was a combination of both of those.”

“It was almost like a couple of things were coming together saying, Ok, it’s time for me to step away.”

According to an ESPN story, one morning during spring training LaRoche announced his decision: “I am choosing my son over you guys.”