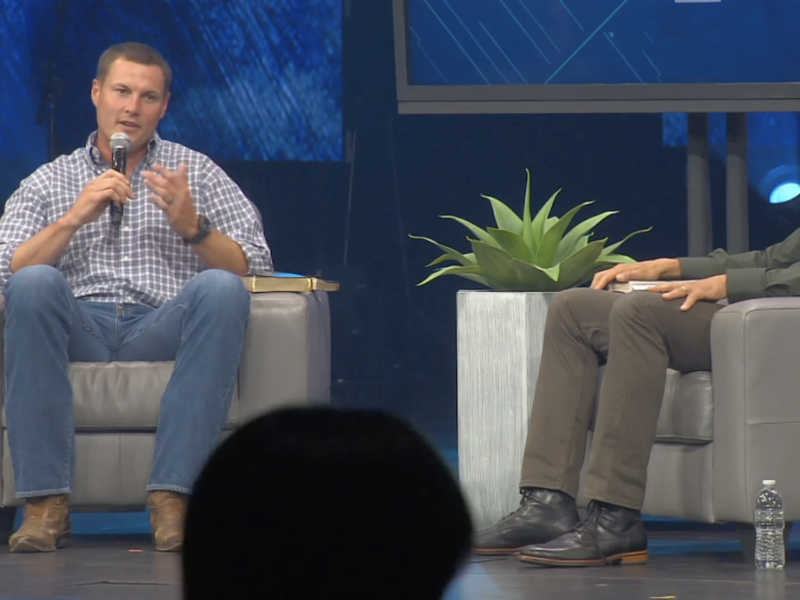 Phillip Rivers has been one of the greatest and most consistent quarterbacks of the modern NFL era. But while he is awesome on the field, he’s an even better man off of it. And he isn’t shy about giving credit where it’s due.

Rivers has been married for 16 years and is the father of eight children. He’s got a lot on his plate. During a recent sit-down at The Rock church in San Diego, Rivers revealed the secret to what has kept him and his wife together.

“I think that the center of our marriage and the foundation of our relationship was on Jesus, that is why it’s worked to this point,” he said.

“My faith has always been very important to me,” Rivers also said during the interview. “When I went to college is really when it became my own. I had to get up out of that dorm room and go to church, go to mass on Sunday. That’s when I took ownership of my faith.”

He also had some encouragement for those who think they are too sinful for God: “Too many times we think we’ve fallen too far from God or we’re not worthy. Only by God’s mercy and grace. We aren’t worthy, we’re all sinners, but we are because of Jesus dying for us.”

You can listen to the full talk below: