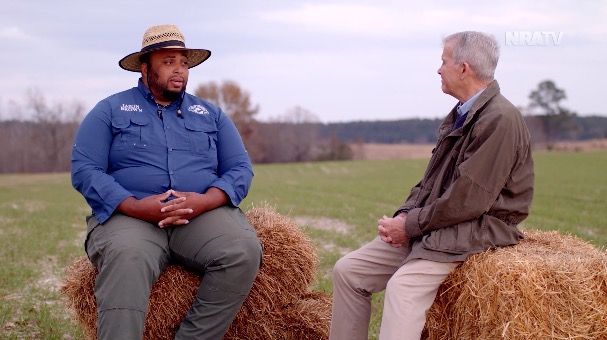 Jason Brown was on top of the NFL world. He was, at the time, the highest paid center in NFL history after signing a $37.5 million dollar contract.

He had everything – the mansion, the status, the power to do anything he wanted. Having achieved seemingly everything, Brown still felt empty inside.

“We were living the lifestyle. When I got to the top of the mountain, we were lonely,” Brown said in a recent episode of Oliver North’s American Heroes. “I had bought into the idea that money could buy you happiness. I thought I was special, just like everyone else thinks they’re special. I was no different. I was gaining the world, and losing my soul.”

He calls his 27th birthday a turning point in his life. He woke up and says he should’ve been happy, but was really struggling inside.

“I wasn’t happy about what I saw in the mirror because 27 was the same age that Lunsford (his brother) was when he was slain in service,” Brown explained. “I began to measure up my life and everything I had accomplished over 27 years in contrast with Lunsford’s life. There was no comparison. He had lived a life of service, while I was living a life of selfishness and entertainment.”

Brown’s brother Lunsford had been killed in action while serving in Operation Iraqi Freedom back in 2003.

“The kicker was when I looked in the mirror… and I saw his reflection looking right back at me, and he asked, ‘what are you doing with your life Jason that’s so great? What are you doing with your life that’s so special?’ And I couldn’t answer. And in the first time in a long time, my heart was wide open. All of those seeds from my youth that had fallen on rocky soil – about love and loving thy neighbor and being selfless. All of a sudden they began to take root and germinate.”

The light bulb went off. He knew his priorities were out of order and something had to be done. “I went to my wife and I said ‘we’ve got it all wrong. We’ve got to get back to faith and family first.”

But they weren’t exactly sure how to do that. “God was preparing me for something greater, but I had no idea what it was,” Brown said.

In a moving interview with Col. North, Brown explains how the next several months and years unfolded and it’s a beautiful testimony of what God will do when we just listen and follow what He’s telling us to do.

A beautiful lesson for us all to follow. We may not always be able to see what He has planned, but if we simply read His Word, listen, and trust – God will do the rest.

Amazing things happen when we are faithful and follow – Jason Brown and his family are living proof.