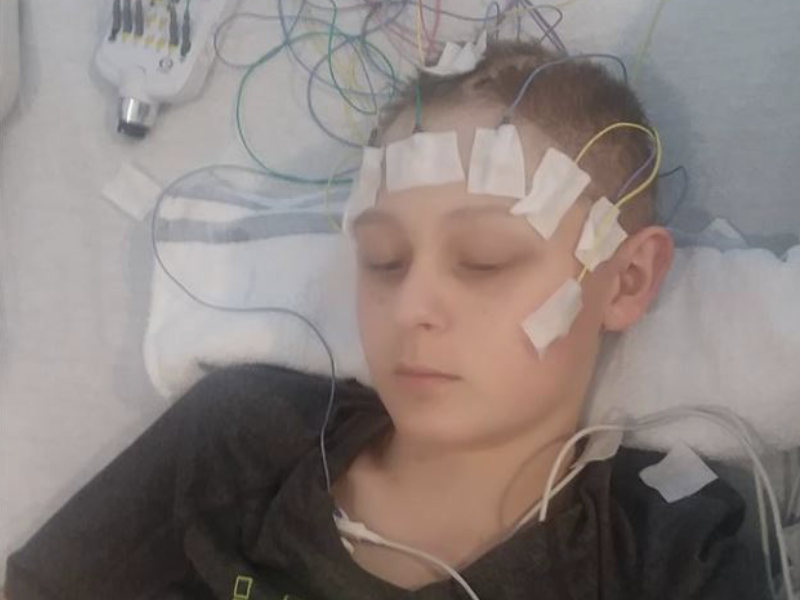 A 13-year-old Alabama boy has been called a “miracle” after he came back from the brink of death following a horrific accident.

Trenton McKinley of Mobil was being towed in a small utility trailer by a friend who was riding a dune buggy. When his friend suddenly pumped the brakes, Trenton quickly threw his 4-year-old niece off the trailer and into the grass to safety. In the process, however, he managed to get tangled in the trailer as it flipped over.

“I hit the concrete and the trailer landed on top of my head. After that, I don’t remember anything,” Trenton told WALA-TV.

Trenton was gravely injured. He had suffered seven skull fractures and was rushed to USA Medical Center. The boy’s mother, Jennifer Reindl, thought for certain that she’d lost her child.

MIRACLE IN MOBILE: Boy comes back to life after parents sign papers to donate his organs

“All I saw was a stretcher with his feet hanging out. He was dead a total of 15 minutes,” she recalled in an interview, clearly traumatized by the whole experience. Even after her son was revived, doctors warned Reindl that Trenton would never be the same.

“When he came back, they said he would never be normal again,” she said. “They told me the oxidation problems would be so bad to his brain, that he would be a vegetable if he even made it.”

“Five kids needed organs that matched him,” Reindl said. “It was unfair to keep bringing him back, because it was just damaging his organs even more.”

But then, something incredible happened — Trenton began to show signs of cognitive function. The doctors were dumbfounded.

But this faith-filled young man believes he spent time in heaven before experiencing the incredible recovery.

In a Facebook post, Reindl details her son’s recollection of heaven. While recovering in the hospital, Trenton told his mother about how he walked with “the man that had the beard.” Reindl told her son that the he “hasn’t walked for a while,” but the boy insisted.

“Three days later Trenton did walk…he looked at me and said I told you I could walk…the man with the beard told me I could,” Reindl recalled. “God is real and he has fully restored my son.”

The teen has continued to defy doctors by making remarkable progress in his recovery. But it’s not all easy going — Trenton has lost 50 pounds and suffers with both nerve pain and horrific seizures. Currently, he possesses just half of his skull. The missing piece is frozen at the hospital, ready to be reconnected through yet another surgery.

A Facebook fundraising page and a GoFundMe page have been set up to help the family with medical costs associated with Trenton’s continued treatment.

“Trenton McKinley was in an accident that resulted in multiple skull fractures…after his brain began to swell he then had to undergo two craniotomy surgeries and died for 15 min,” his mother details on the Facebook page. “Later his kidneys began to fail due to the lack of oxygen after his cardiac arrest…Trenton and me are currently in U.A.B and I am doing my best to get by but don’t know anyone and am with Trenton 24/7 at the hospital.”

So far, over $10,000 has been raised for Trenton and his family, with messages of prayer and support pouring in as he continues to recover from the dreadful accident.

“God bless I’m praying,” one person posted on Facebook. “Truly a miracle. Praying for his complete recovery,” another added. Another supporter said that her Sunday school class was raising money for Trenton.

“I know God can heal all…and has brought him this far…from death back to life,” Reindl wrote in an update on Facebook. “God can see us through this I have faith.”

Now read this: The best news you’ll read all day