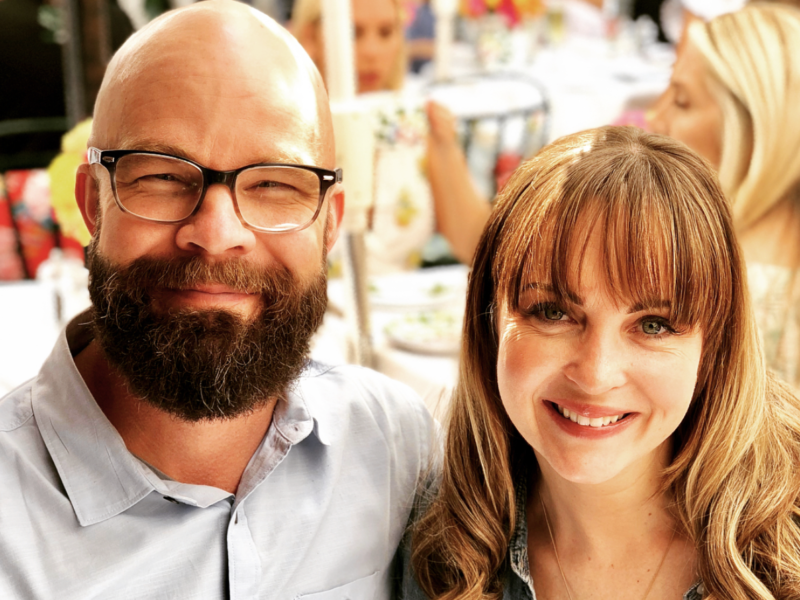 While most people’s January was filled with (broken) New Year’s resolutions, Patrick Schwenk was getting the worst news of his life. Doctors were telling him that he had blood cancer. It was a punch to the gut. But here’s the thing: he never blamed God. That may be something we’re used to hearing, but the question remains, “Why didn’t he blame God?”

Schwenk, a pastor and author, joined Kirk Cameron’s The Campfire for this week’s exclusive audio interview to explain his outlook once he found out about his diagnosis.

“Anybody that goes through suffering, you do wrestle at times with those kinds of questions,” he said. “But I know early on I began asking instead ‘Why me?’ [I asked] ‘Why not me?'”

For Schwenk, his cancer is the result of a fallen, broken world.

“I think this is where we come back to the scriptures, we come back to God’s story and we allow what God’s word says to really inform our thinking and our feeling,” he said. “And we know from what God’s words says we live in a fallen world, we live in a broken world. It’s not all as it should be. And so we should expect suffering. We know Jesus promised there would be trials. … We’re not home yet.”

“Everything from the common cold to cancer to a broken toenail are the effects of living in a fallen world,” he continued. “And yet what we have as Christians is the promise in the midst of suffering. And we don’t always have an explanation for evil or suffering, but we do have the promise that one day Jesus is going to end it.”

You can listen to Schwenk give his powerful explanation below. And if you want to hear the whole interview, you can sign up for a FREE 14-DAY TRIAL of The Campfire, which includes a weekly video from Kirk, exclusive audio interviews like this, and ALL of Kirk’s courses for free. The full interview includes an in-depth discussion on how Patrick broke the news to his kids and how they reacted to the news.