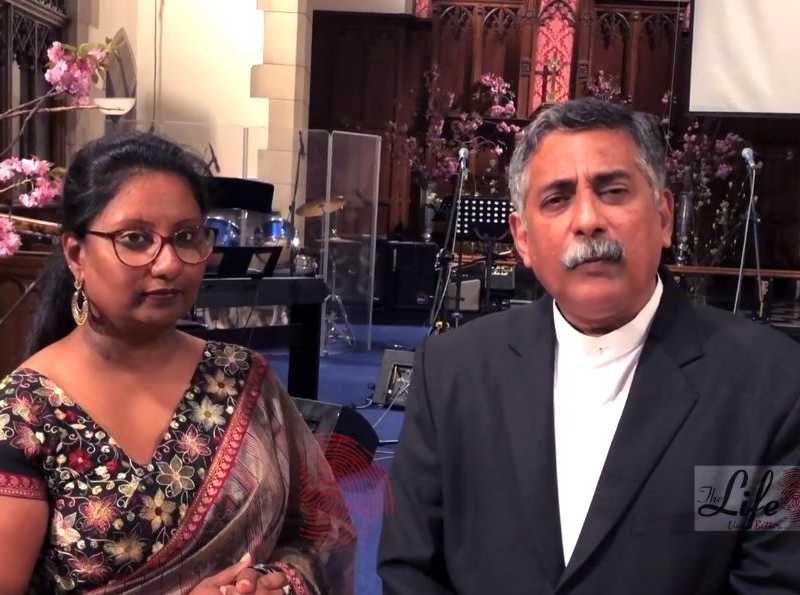 The pastor of an evangelical Sri Lanka church that was devastated by a suicide bombing attack Easter Sunday has offered forgiveness to the men who carried out the atrocity that left more than 250 dead.

Pastor Roshan Mahesen is the leader of Zion Church in Batticaloa, which lost 28 members when a man detonated a backpack explosive outside — it was only by the sacrificial heroics of one congregant that the man was unable to access the main sanctuary.

But, staggeringly, despite the profound grief felt by this faith community during such a brutal time, Pastor Roshan says he forgives the assailants for their heinous actions.

“We are hurt. We are angry also, but still, as the senior pastor of Zion Church Batticaloa, the whole congregation and every family affected, we say to the suicide bomber, and also to the group that sent the suicide bomber, that we love you and we forgive you — no matter what you have done to us, we love you, because we believe in the Lord Jesus Christ,” Pastor Roshan declared in a video released by “The Life” ministry.

“Jesus Christ on the Cross,” he continued, “he said, ‘Father, forgive them for they do not know what they are doing.’ We also, who follow the footsteps of Jesus Christ, we say, for the Lord forgive these people.”

The death toll at Zion could have been exceedingly higher if the bomber had been able to make his way into the packed sanctuary. However, acting suspiciously and with a heavy bag strapped to his back, the murderous attacker roused the suspicions of church member Ramesh Raju.

Raju confronted the man, quizzing him about the contents of his backpack.

“My husband sensed something was wrong and informed him he’d need to get permission first,” Ramesh’s wife, Chrishanthini told the BBC. “He then forced him to leave.”

The total death toll from the Sri Lanka bombings has been revised down from over 300 to “about 253,” according to the country’s health ministry.

Latest reports indicate that police engaged in a live gunfight after raiding a suspected bomb factory in the town of Sammanthurai, roughly 200 miles from the capital Colombo.

Police are currently hunting around 140 suspects in connection with the attack, all of whom are thought to have links with the Islamic State.

Imams: Attackers “do not belong to us”

Yesterday, Sri Lanka’s main Islamic cleric association, ACJU, declared that the country’s Sri Lankan Muslims will not accept the burial duties for the bodies of the bombers.

They also noted that the suicide bombers will not be allowed to be buried in a Mosque. Those who “committed this barbaric attack on innocent civilians do not belong to us,” the organization added.

Meanwhile, the country’s Christians have been advised to stay home this weekend, with threats against the faith community still ongoing.

“On the advice of the security forces we are keeping all churches closed,” said a senior priest in the nation’s Catholic Church, according to AFP. “There will be no public Mass said until further notice.”

Do you want to learn more about faith, culture, and family? Join Kirk Cameron’s The Campfire today.