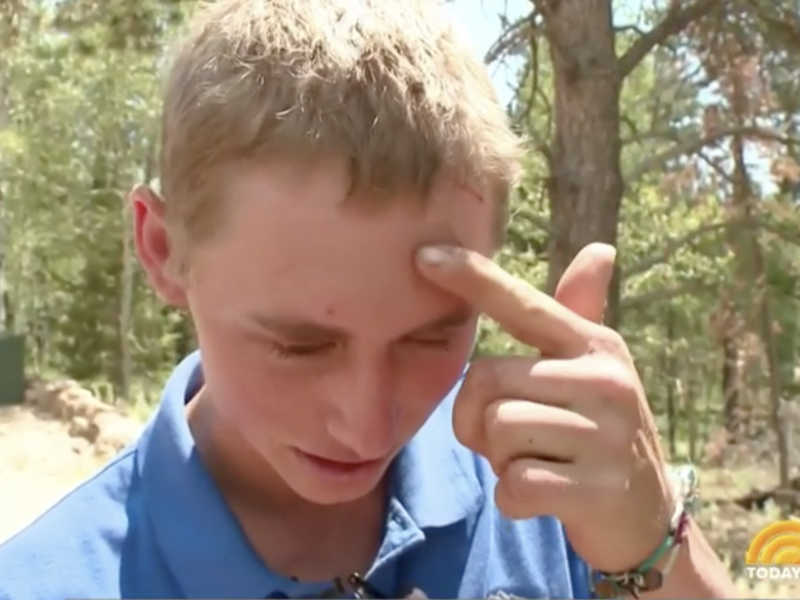 There’s no doubt that God has plan for a young man named Dylan. The 19-year-old survived a vicious black bear attack at a Christian camp on Sunday near Boulder, CO, and Rocky Mountain National Park— an attack that targeted his head and almost ended in him being dragged into the wilderness.

“I woke up to a crunching sound and a lot of pain,” Dylan, who is withholding his last name, told the TODAY show about the 4 a.m. attack.

He and a few other counselors were in their sleeping bags spending the night underneath the stars at Glacier View Ranch.

“The bear grabbed my head with his paw and pulled it,” he told KDVR-TV. “Then, it grabbed the back of my head. I did not know what was going on. Once I saw the bear, heard it’s breath, it was pretty scary.”

But Dylan wasn’t going to go quietly. He grabbed the bear’s ear and started poking it in the eye, trying anything to get free. Others joined in. The bear eventually dropped Dylan and fled.

While there were numerous kids present nearby, none of them were harmed. The bear was eventually tracked down using dogs and euthanized.

As for Dylan, he received nine staples in his head and was released from the hospital. And no doubt he’s thanking God today.