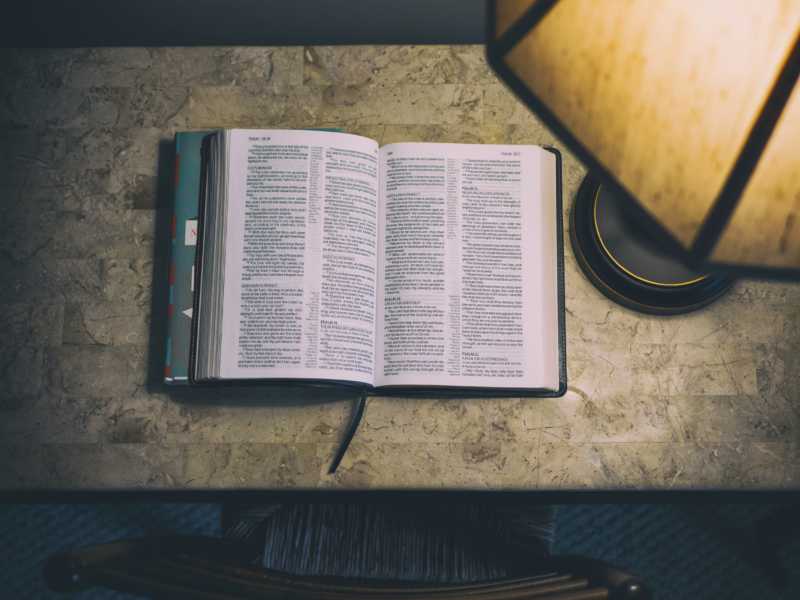 An extremely attentive scholar recently managed to spot the faint markings of the Bible just behind the Arabic text of a Quranic manuscript. The eighth-century document appears to have originally contained segments of the book of Deuteronomy before having Islamic teachings written over the top. Deuteronomy is the fifth book in both the Jewish Torah and the Christian Old Testament.

“This is a very important discovery for the history of the Qur’an and early Islam. We have here a witness of cultural interactions between different religious communities,”Dr. Cellard explained to the Guardian.

“It’s quite extraordinary,” said Romain Pingannaud, auctioneer specialist of London-based auction house, Christie’s. “Once you know it’s there, you can only see it — it becomes so obvious. We missed it at the beginning.”

Pingannaud explained how this tiny piece of parchment depicts a clashing of the world’s two main religions:

“It’s fascinating, particularly because it’s the only example where you have an Arabic text on top of a non-Arabic text. And what’s even more fascinating is it is on top of passages from the Old Testament … It shows the contact between communities in the first centuries of Islam; it’s very relevant.”

The ancient fragment is estimated to fetch somewhere between £80,000 and £120,000 in the auction, with Christie’s being relatively sure that the piece originated in ancient Egypt. The auctioneers noted that the fragments “resonate with the historical reality of religious communities in the Near East and as such are an invaluable survival from the earliest centuries of Islam.”

The writings, called “Qur’anic palimpsests” are incredibly rare. Wikipedia describes these documents as a page of a manuscript “either from a scroll or a book, from which the text has been scraped or washed off so that the page can be reused for another document.

While a few palimpsests have been discovered in the past, none of them bore the distinct Christian markings of this latest discovery.

Pingannaud further explained how this remarkable Christian text remained visible for all these years — much of this having to do with the quality of the parchment.

Watch: Kirk Cameron explains why he created a new resource for parents

“We think this is because the Qur’an is such an important text and although vellum was very expensive, the Qur’an was always written on new material,” Pingannaud said. “It’s highly revered and so they would use brand new material.”

“Parchment is very strong, it doesn’t suffer too much – it’s sensitive to humidity but very solid,” he added. “At the time it was erased the parchment was probably like new and it’s only with centuries passing that the ink which sank into the parchment provides this ghost image we see.”

These fascinating ancient discoveries are taking place across the world. Just last week, researchers finally finished deciphering a 1,500-year-old “magical papyrus” which dates to a time when Christianity was widely practiced in Egypt. The papyrus was unearthed near the pyramid of the Pharaoh Senwosret I.

An unnamed scribe penned a series of beautiful prayers in Coptic, an Egyptian language that utilizes the Greek alphabet.

“God of Seth, God of Abraham, God of Isaac, God of Jacob, God of Israel, watch over everyone who suffers. My word, may it come to pass with power,” read part of the translated document, according to LiveScience. “May every spirit that is in the air obey me,” the author continued.

Several times, God is named as “the one who presides over the Mountain of the Murderer,” which is likely to be a reference to Genesis 22 and the story of the sacrifice of Isaac.