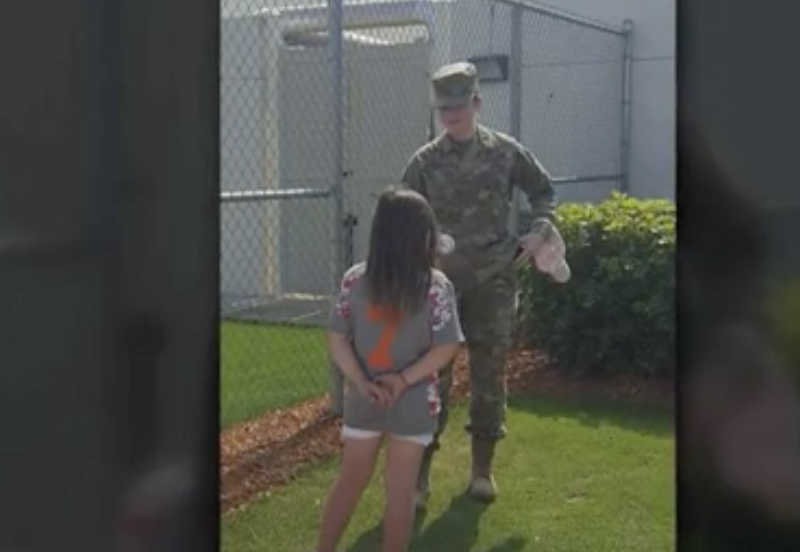 A 7-year-old girl’s action at Boston Red Sox spring training in Florida is getting national attention. Not because of what she did to a baseball player, but rather what she asked of a female soldier in uniform.

Makenna Woodburn gave up her place in line for an autograph from Boston Red Sox players at the team’s open house and walked up to U.S. Army reservist Olyvia Russell, who was at the event in her camouflage uniform, and asked her to autograph a baseball.

“I was shaking, but I was like, ‘Of course I’ll sign your ball,’” Russell admitted. After informing little Makenaa that she wasn’t a sports store, Makenna acknowledged it and still asked her to sign it.

“It’s crazy that she gave up meeting a celebrity just to talk to a soldier,” Russell told the news station. “And I mean I’m in the Reserve, so what I do is important, but there’s men and women overseas who are risking their lives every day, and it’s just really nice that she recognizes people like them. I’m just truly thankful for that.”

As for Makenaa, she has big plans for the ball.

“I want to save my allowance for a case, and on Wednesday, I’m going to take it to school with me for show and tell,” she said.