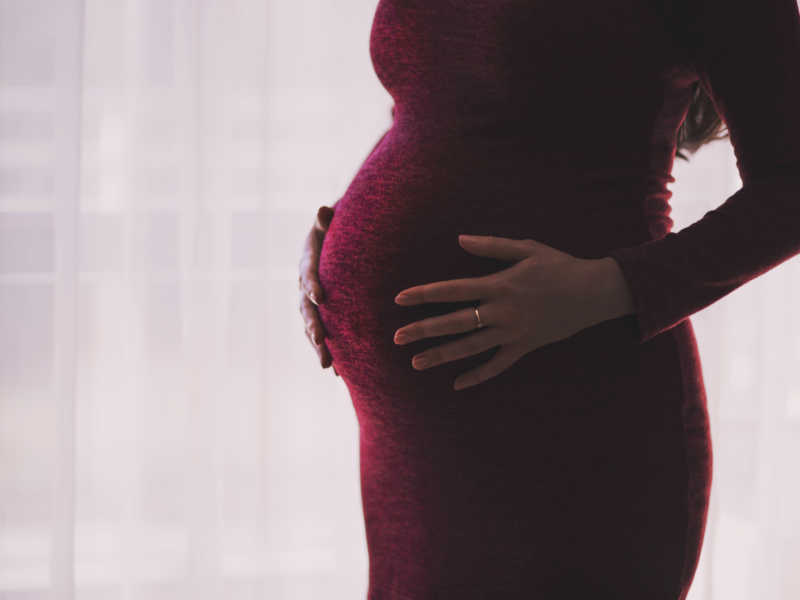 A new study reveals that babies can distinguish facial patterns while still in the womb.

The findings were published this week by the journal “Current Biology,” and confirm just how awesome, complex, and fascinating life is inside the womb.

“In the third trimester of pregnancy, the human fetus has the capacity to process perceptual information,” the study’s summary reads. In order to reach their conclusions, the study’s author’s projected dots into the womb by using lights outside the uterine wall. They found that when the dots were shown in an inverted triangle (replicating the rough outline of a face with eyes and a chin), unborn babies responded. But when they were projected like a regular triangle, the babies did not.

The researchers shone dots of light arranged to look either like the eyes and mouth of a human face through the uterus wall of 39 expectant mothers who were 34 weeks (8 months) pregnant.

Their study, which is published in the journal Current Biology, showed that when this face-like image was projected through the uterus, the babies turned their heads to look at it.

When a similar arrangement of light that was used to make the face look upside down, and so harder to recognise as a face, the fetuses did not react.

“In our study they had to move their head to keep looking at the face-like stimulus when we moved it away from them,” Dr. Vincent Reid, who led the study, told The Telegraph. “So they are active participants in finding information from the environment.”