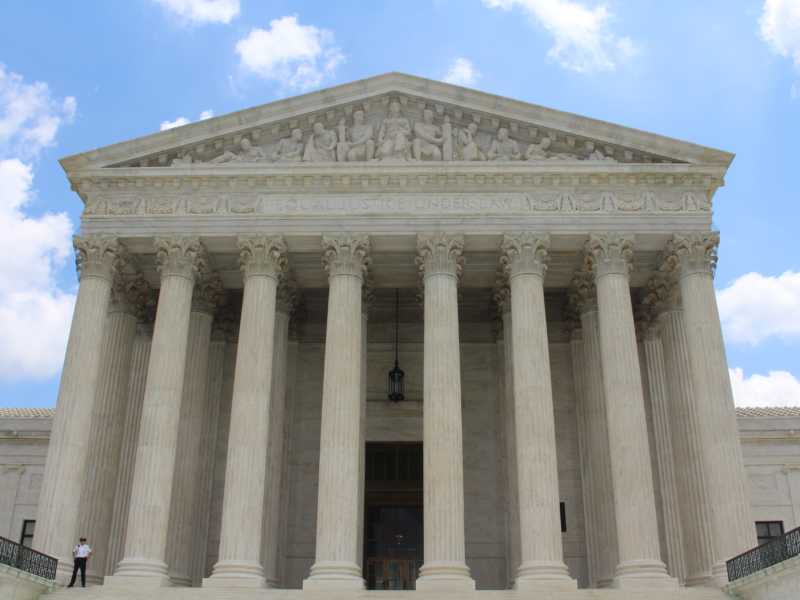 In a decision that is surprisingly getting little coverage, the Supreme Court on Thursday made a ruling that experts are saying reaffirms the First Amendment right to pray.

One of the surprising outlets to cover the case, NBC News, explains the case:

Mary Anne Sause, a retired nurse living in a housing project, sued two officers from the Louisburg, Kansas, police department who came to her apartment to investigate a complaint that her radio was too loud. According to her lawsuit, they told her that the Constitution was “just a piece of paper that doesn’t work here” and that, for refusing to open the door the first time they knocked, she was going to jail.

When she heard she might be arrested, she got down on a rug and began praying, but the officers demanded that she get up and stop. They issued her two tickets and told her to turn down the radio. Her lawsuit said the officers interfered with her First Amendment right by forcing her to stop praying solely to harass her.

The non-profit legal defense organization, First Liberty, intervened and petitioned the Supreme Court after he case was thrown out by lower courts. On Thursday, the high Court said that the 10th Circuit Court of Appeals in Denver was wrong to throw out the case and refuse to rule on it. The Supreme Court’s decision now forces the lower courts to revisit the case.

In the ruling handed down, the Court made clear that the First Amendment and prayer go hand-in-hand.

“There can be no doubt that the First Amendment protects the right to pray. Prayer unquestionably constitutes the ‘exercise’ of religion,” the Supreme Court said.

However, the Court did note that there are some questions remaining — questions that were never fully dealt with and that should have been:

At the same time, there are clearly circumstances in which a police officer may lawfully prevent a person from praying at a particular time and place. For example, if an officer places a suspect under arrest and orders the suspect to enter a police vehicle for transportation to jail, the suspect does not have a right to delay that trip by insisting on first engaging in conduct that, at another time, would be protected by the First Amendment. When an officer’s order to stop praying is alleged to have occurred during the course of investigative conduct that implicates Fourth Amendment rights, the First and Fourth Amendment issues may be inextricable.

That is the situation here. As the case comes before us, it is unclear whether the police officers were in petitioner’s apartment at the time in question based on her consent, whether they had some other ground consistent with the Fourth Amendment for entering and remaining there, or whether their entry or continued presence was unlawful. Petitioner’s complaint contains no express allegations on these matters. Nor does her complaint state what, if anything, the officers wanted her to do at the time when she was allegedly told to stop praying. Without knowing the answers to these questions, it is impossible to analyze petitioner’s free exercise claim.

“The court held that Mary Anne Sause was allowed to have her day in court,” Stephanie Taub, senior counsel with First Liberty Institute, explained to PJ Media. “Her case was dismissed at the very early stages in court. The Supreme Court’s ruling clarified what the law is and sent the case back down so that she can have her day in court.”

Even though the case wasn’t a “win” in the traditional sense, First Liberty is celebrating because of the Court’s wording in the opinion and because it did what the lawyers in the case had asked.

“The Supreme Court’s decision today is a just outcome for Ms. Sause and a victory for religious liberty,” Kelly Shackelford, President and CEO of First Liberty, said in a press release. “No American citizen should never be ordered by government officials not to pray in their own home.”

“The Supreme Court’s decision sends a clear signal that citizens are entitled to religious liberty in their own home,” the press release added.