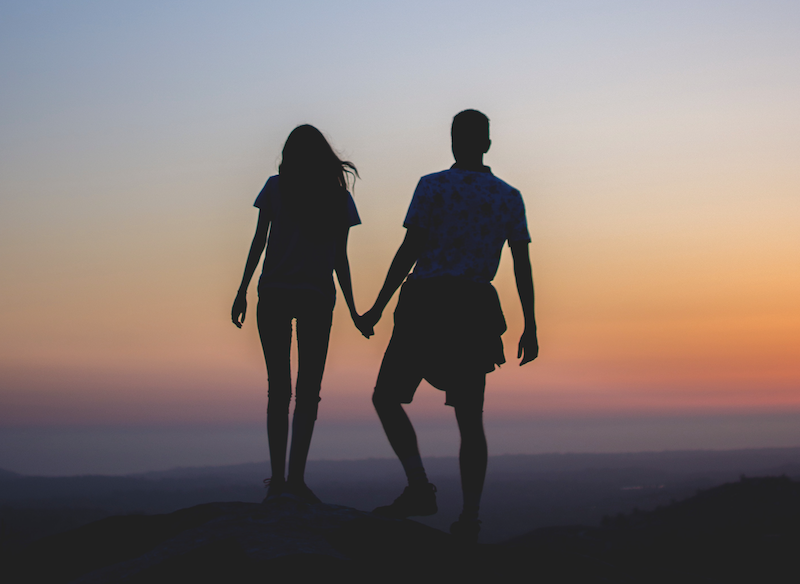 This weekend, Lane and I will hit the one year mark of marriage. That’s a whole 365 days of trying to love one another well.

It’s true. I’m the most amateur when it comes to marriage. I’m still in marriage preschool and likely will be for a long time. Lane and I are not even on the cusp of figuring out how to be good stewards of this marriage thing.

If you want to make your marriage stronger, sign up for our online video course taught by Kirk and his wife Chelsea!

I joked last December and said I would write a marriage post– just one– every anniversary. So here it is… my annual marriage post.

We’re not in the “honeymoon” season but I find myself telling people we are and I’m not sure why. It’s just an easy response. It sifts out the people who really want to know how the marriage is doing and the ones who want to nod their heads and agree, fine to know what they know about us.

There are “honeymoonish” things but I like reality better. I think about last year how, coming home from our honeymoon, we got stuck in the Denver airport for 36 hours. We slept on the floor beside all these other people wanting to go home for the holidays. I roamed the airport at 5am to find Lane a biscuit. We turned the seats of one of the crowded gates into a mini-movie theatre and binged on Stranger Things. When we arrived in Tampa, just one more flight away from our destination of Atlanta, my heart couldn’t handle one more canceled flight.  But there it was: our flight home canceled.

We fought for a minute about getting a hotel in Tampa, threw our hands in the air, and got a rental car. We drove through the night, six hours home. It was there in that rental car, shoving Zaxby’s french fries into my mouth and listening to Christmas music, that I knew real life was better than the honeymoon. I like who we are, who we can be to one another when things don’t go perfectly.

My friend says those who say they’re in the honeymoon stages haven’t started really communicating yet. I laugh. She might be right. We’ve started communicating and we are figuring out, every dang day, how hard that one part of relationship really is.

It all boils down to communication. It comes down to what you believe you are articulating and what you are truly saying underneath all the language.

We think we are saying things like “Can you do the dishes?” or “Do you like this outfit?” but it really is something so much deeper going on. We are asking essential questions of one another beneath the surface: Can you help me? Am I attractive to you? Can you be with me? Can you rally for me right now?

Too easily, we get caught up in what is on the surface. The dishes. The suede pants. The hair in the drain. The budget. When we peel the layers of these things, I realize we are always asking the same question of one another over and over again: Are we in this together? Are you choosing me?

Read this: Our marriage would not have survived without this

Marriage is not a honeymoon, where all the problems can be shelved for another week. Marriage is a building site where hard hats are required and not all of the construction crew is guaranteed to show up. Marriage is hard and holy work, each new day a chance to communicate better and find common ground. Marriage is honoring the vow we made to choose one another, and forsake all the others, to build something together that didn’t exist before.

Our friends Nate and T gave us some of the best marriage advice a few months ago and I find myself wanting to scream it from mountaintops. They told us it is okay, and probably smart, to spend an obnoxious amount of time with one another during these first years of marriage. This isn’t so you become obsessed with one another or hermits in your own love story. When you spend a ton of time together, you learn how to communicate well. You learn how to face the baby elephants in the room before they grow up, become too big, and stomp all over you. You learn how to fight and fight well. You learn fighting isn’t a bad thing nor does it need to become your default, the thing that sucks your joy away, but it’s a way of sorting things out and getting to the root of who you truly are as one.

You don’t shove things under the rug. Instead, you learn to look one another in the eye and face the disappointments. You forgive. And forgiveness is this tiny yet sprawling miracle that makes you think the stuff of the Bible is still happening all the time.

I was given a thousand roads to choose and they all looked pretty good. But this one, this narrow one where we wear the same jersey and cheer for the same team, is by far the best road.

Is it time to invest in your marriage? Make your relationship stronger with our online video course, THE HEART OF FAMILY.

This post originally appeared on HannahBrencher.com and was republished with permission.

Hannah Brencher is a writer, TED Speaker, and online educator with a heart for building leaders. Her second book “Come Matter Here” is due out in bookstores in May 2018. Her first book “If You Find This Letter” tells the story behind the social movement, More Love Letters. Since 2011, More Love Letters has spread to over 70 countries, all 50 states, and over 100 college campuses. Named as one of the White House’s “Women Working to Do Good,” Hannah and her work have been featured in publications such as CNN World News, the Wall Street Journal, Oprah.com, and Glamour among dozens of others. Hannah lives in Atlanta, Georgia with her husband Lane.