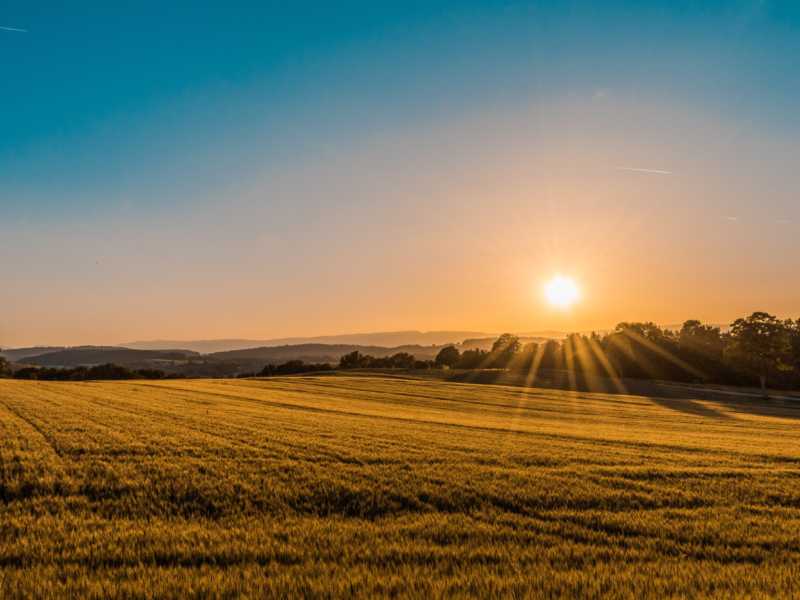 Have you ever lost anything in the ocean? You can pretty much you kiss it goodbye. You probably won’t ever see it again.

The Bible says of God, “You will cast all our sins into the depths of the sea” (Micah 7:19 NKJV). God will take our sin and throw it into the deepest part of the sea. He will take our iniquities and cast them into the depths of the ocean. God also promises, “For I will be merciful to their unrighteousness, and their sins and their lawless deeds I will remember no more” (Hebrews 8:12 NKJV). Isn’t that good news? God will forgive your sin. He will forget your sin. We should not choose to remember what God has chosen to forget. It is forgiven.

Read this: The power of ‘It is finished’

The Bible tells the story of two thieves on the cross. They were being crucified on the same day Jesus was. The word thief the Bible uses is a much more intense word. They were not just men who stole things. They probably were murderers and insurrectionists revolting against Roman tyranny. That is why Rome would hang people like that on crosses.

Here was this man, hanging on a cross, and next to him was Jesus Christ. That thief was hanging there because of his own sins. Jesus was hanging there because of the sins of others. The crowd began to mock Christ, saying, “He saved others; let Him save Himself if He is the Christ, the chosen of God” (Luke 23:35 NKJV). Both criminals joined in this chorus of mockery at first, but then Jesus said something that amazed one of them: “Father, forgive them, for they do not know what they do” (verse 34 NKJV). The man looked at Jesus and said, “Lord, remember me when You come into Your kingdom” (verse 42 NKJV). He believed on the spot.

The thief was hopeless up to that point, but he found hope. Jesus said to him, “Assuredly, I say to you, today you will be with Me in Paradise” (verse 43 NKJV). Talk about being in the right place at the right time. Can you imagine how his heart must have leaped with joy?

Have you lost hope today? It has been said that man can live 40 days without food, three days without water, about eight minutes without air, but only one second without hope. Jesus Christ can give you hope today, just like he gave to the thief on the cross.

He had what we might call a deathbed conversion. Some say, “I’ll wait until my deathbed, and then I’ll believe in Jesus.” What makes them think they will have the luxury of a deathbed conversion? Sometimes death comes without warning. The Bible says, “And as it is appointed for men to die once, but after this the judgment” (Hebrews 9:27 NKJV). Death will come for everyone. One out of every one person will die. And life can end unexpectedly.

There was a man known as Saul who was, in many ways, one of the most evil men who ever lived. He was a heavy-duty sinner. Ironically, Saul of Tarsus was a religious man. He was part of an elite religious group called the Sanhedrin, which made rulings that affected the whole nation. Saul made it his business to hunt down followers of Jesus and put them to death.

One day a young man named Stephen was brought before him. Stephen was fearless, and he stood up in front of Saul and the other members of the Sanhedrin and began to lay out the gospel without any shame or fear. As he spoke, they got really angry. In fact, they were so angry they put their fingers in their ears and started screaming. (You know your message isn’t going over well when people start doing that.) Yet Stephen kept speaking. The Bible says that his face shined like an angel. The command was given to execute Stephen by stoning. As the rocks were hurled at Stephen’s body, he cried out, “Lord, do not charge them with this sin” (Acts 7:60 NKJV). It sounded like Jesus on the cross. It enraged Saul that someone could die like that.

Stephen wasn’t afraid to die. Death for the believer is not the end; it is just a continuation of life in another place. This does not mean that Christians walk around with some kind of death wish. I don’t think anyone loves life more than Christians. What is great is that we don’t need drugs or alcohol to make life fulfilling. We have a relationship with God.

But when that day comes (and it will) the Christian will be ready. As the apostle Paul (formerly Saul of Tarsus) said, “For to me, to live is Christ, and to die is gain” (Philippians 1:21 NKJV). That is the hope of the follower of Jesus Christ. And only those who are prepared to die are really ready to live.

Now read this: If you are overwhelmed with shame