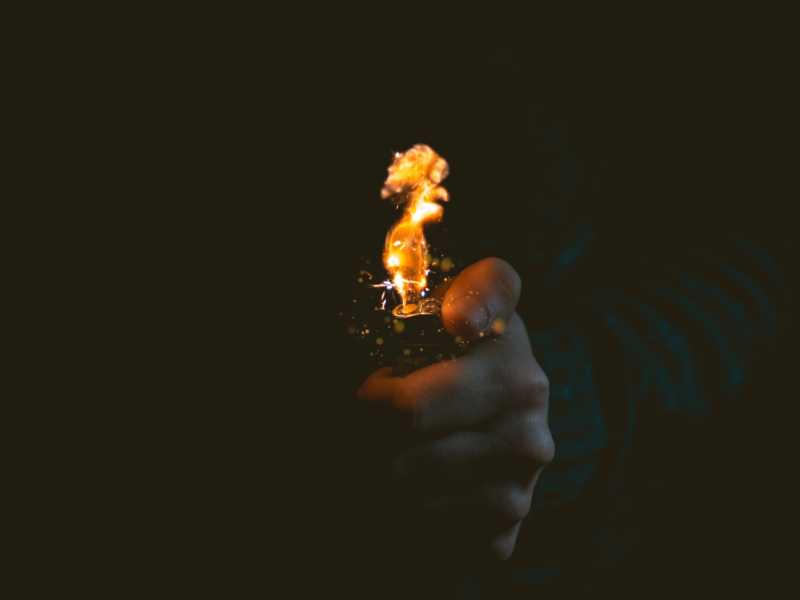 Our smartphones have made access to pornography easier than ever. Mobile ordering fuels our craving for instant gratification. The ability to connect to just about anybody anywhere makes it easier to have illicit relationships.

Which will you choose? If you want to do right, how do you resist?

Look for the out

“No temptation has overtaken you that is not common to man. God is faithful, and he will not let you be tempted beyond your ability, but with the temptation, he will also provide the way of escape, that you may be able to endure it.” (1 Corinthians 10:13)

How often do we fall into temptation simply because we fail to look for a way out?

Read this: If you want to grow in your faith

Shadrach, Meshach, and Abednego could have said, “Maybe we should just pretend to worship the king’s idol so we don’t end up in the fire. It’s just a few minutes. God will understand, won’t He?” Instead of choosing what was easy, they chose the way that was right. Their way out of was through the fire—and they chose fire rather than sin. God delivered them and honored their commitment to Him.

No matter what Satan throws our way, God will be right there with us with a way of escape. Be on the lookout!

Sometimes temptation catches us off-guard. Other times we are bombarded with it day in and day out. If the way of escape is hard to see, or you continue succumbing to temptation, ask for God’s help. In His example prayer, Jesus said, “lead us not into temptation, but deliver us from evil.” (Matthew 6.13). Jesus knew from experience that Satan would test us and He wanted His disciples to call on the Lord for help.

“Turn my eyes from looking at worthless things, and give me life in your ways.” (Psalm 119:37)

Last week, our family attended a high school basketball game to watch our kids perform during halftime. At the end of each quarter, the cheerleaders would do some random dance, just like they used to do when I was in high school. Even though they were more modestly attired than the cheerleaders from my high school, their performances were rife with provocative moves. Every time they’d move to the center of the court, my husband would turn his entire body to look at me or visit with the kids. He’s the type of guy that skips past those sex scenes or nude scenes in a show or will just stop watching it altogether. He looks away.

Are you struggling with your thoughts? Does a mere look send your mind racing? Make it a habit to look the other way.

In Matthew 4, we read about the temptation of Jesus. Satan would put a temptation before Jesus—occasionally twisting scripture—and each time Jesus came back with, “it is written” (see verses 4, 7 and 10). One of the reasons we need to be meditating on the Bible is so we know what to say when temptation strikes.

“It is written… you shall not look on a woman in lust.”

“It is written… do all things without complaining.”

“It is written… be slow to speak and slow to anger.”

If you don’t know “what is written,” make it your aim to find out!

Running away from temptation doesn’t make you a coward, it means you’re smart.

In Genesis 39, we read about Joseph—an Israelite serving as overseer of a powerful Egyptian household. This young, handsome man caught the eye of his master’s wife. Day after day, she asked him to sleep with her, and day after day, he refused. He said to her, “How then can I do this great wickedness and sin against God?” Running away from temptation doesn’t make you a coward, it means you’re smart.

Finally, she contrived to get everyone out of the house. When Joseph walked in, she caught him by his garment and propositioned him yet again. Joseph ran from her while she held on to his garment. He didn’t try to get it back, he was too busy trying to escape. Of course, she used his coat as “evidence” of attempted rape. His master removed him from his service and had him thrown in prison.

It may seem like resisting temptation backfired on Joseph, but God used the situation for good. He honored Joseph while he was in prison which eventually led to Joseph interpreting Pharaoh’s dreams and becoming second only to Pharaoh himself.

Word to the wise: If you find yourself in a compromising situation, get out immediately.

The congregation I worshipped with in college had an awesome preacher, and it was his personal rule that if he ever had to counsel or have class with a woman, his wife would be present. Mike Pence—our current Vice President—also uses a similar rule. Flee temptation and steer clear of compromising situations.

When faced with temptation, there is always a way—a way in or a way out. We can make excuses, giving in to sin or we can fight to pursue right. God wants us to choose right and is always around to help us when we need Him.

Now read this: Why losing my phone was the best way to start the new year