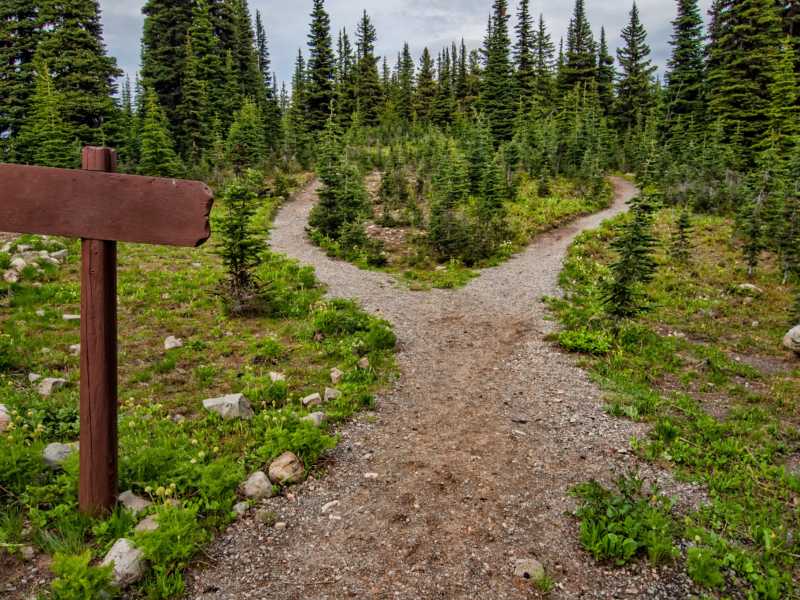 There are many choices in life that we face every day – hundreds, maybe thousands, of choices. Just start with the supermarket. The word super says it all. My wife sometimes will send me to the market, which never ends well. I buy things she didn’t ask me to buy, and I don’t buy the things she asked me to buy. I’m overwhelmed by all the choices.

Then there are restaurants with menus the size of a book. That, too, can be overwhelming.

These are not big choices, however. They don’t have long-lasting repercussions. But there are life-changing choices we must make, like whom we marry and what career path we follow. And the most important choice of all is what we will do with Jesus Christ.

Life is filled with challenges, choices, and consequences—the three Cs of life.

The Bible is filled with the stories of men and women who made right and wrong choices. Think of Moses, who chose to suffer affliction with the Jewish people. He probably could have been a man of great power or maybe even the next pharaoh. Instead, he saw the plight of his fellow Jews, who suffered under the tyranny of the Egyptians. He chose to suffer with them, which resulted in all of Israel being delivered from the kingdom of Egypt.

There was Joseph’s choice of obedience when he was tempted by Potiphar’s wife. There was Daniel’s choice of not compromising on even the smallest matters as he sat at the king’s table. Each one of these choices set a course their lives would take.

In the book “Alice’s Adventures in Wonderland,” Lewis Carroll writes about Alice coming to a fork in the road and asking the Cheshire Cat which way she should go.

“That depends a good deal on where you want to get to,” the cat told her.

We all will come to a fork in the road. Which way do we want to go? We decide that now. According to the Bible, there are two roads we can take in life. One is narrow. The other is wide. One is difficult. The other is much easier.

The Bible also tells us about two foundations we can build our lives on. And the choice we make depends on whether we will stand when the storm comes.

The Bible also tells us there are two places where we can spend eternity. And in Matthew 7 Jesus summed up all things in two choices. He tells us about two gates, two ways and two groups of people at the judgment.

At the end of this chapter, Jesus gave an illustration of two men building houses. One was built on a good foundation, while the other was built on a bad one. And that foundation made all the difference in the world.

The most important time in building a house or any structure is the foundation. You have to get that right. If you don’t, you ultimately will have to tear up everything else and then go back and redo it.

The foundation isn’t the most exciting part of the building process. In fact, when you watch a foundation being laid, it appears as though almost nothing is happening for a long period of time. For most of us, the action starts when the walls are framed in and the drywall is put on. Next comes the plaster, followed by the paint or the wallpaper. That is the fun part. Yet the foundation is the most important.

In 1173, an Italian architect named Pisano began work on his most famous project: a tower that was to stand next to a cathedral in the Tuscany region of Italy. Apparently, he was in a bit of a rush, so he didn’t test the soil well enough. Today that tower, the Leaning Tower of Pisa, leans more than 16 feet off center. People come from around the world to see it. Scientists measure it yearly because it’s slowly tilting even more. They predict that one day it will collapse.

What is your life built on? You might say, “I’ve built my foundation on the church.” I wouldn’t advise that. The church is made up of flawed people like you and me. It will disappoint at times. Don’t build your foundation on a church or on a pastor.

Someone else might say, “I’ve built my foundation on my spouse.” I wouldn’t even advise that, either. Instead, build your foundation on Jesus Christ. He is the one who will sustain you.

Storms will come into every life, and these will determine what your foundation really is. If you’re wondering what your life is built on, you will know when the storms come. Storms can take many forms. Sometimes a storm comes as a tidal wave of temptation. At other times the storm is a slowly eroding effect of more subtle methods. Sometimes a storm will come into our lives in the form of a tragedy that begins to test our faith.