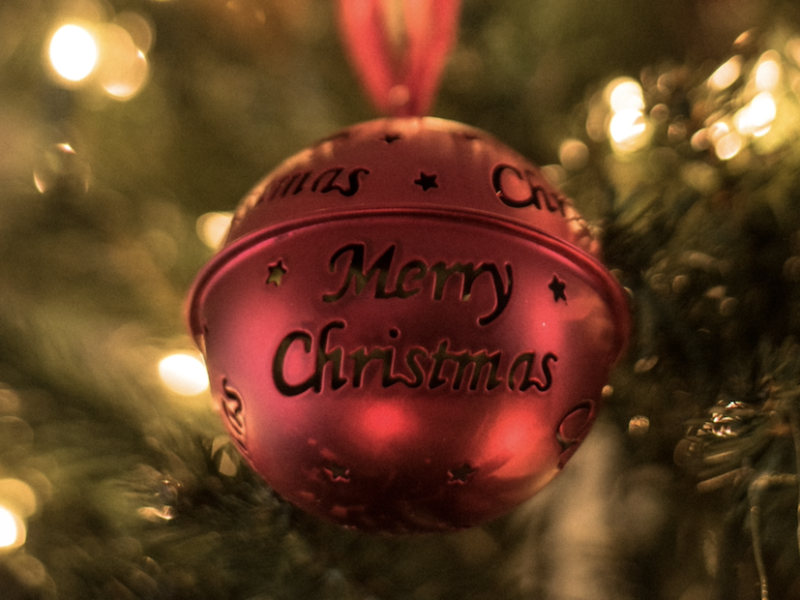 A well-known line from a frequently sung Christmas carol includes these powerful words of hope and consolation, “Peace on earth and mercy mild, God and sinners reconciled!” It is a truth that was upon the lips of Simeon long before it appeared in a carol.

Simeon’s story in the Bible shows us he was quite a man! In eight short verses from the Gospel of Luke we learn what was in his heart, and the treasures of grace that were in his life. The first thing we learn is that he is identified as a man. No other title. He may not have been a nobleman, but he was a gentleman; he may not have had great wealth, but He had heaven’s riches; he may not have been known by the multitudes, but He was known by God.

Simeon’s relationship to God meant everything. He took his commitment to God seriously, and that commitment shaped his character. The Scriptures tell us that he was a just and devout man. Simeon lived to do the right thing before God and others. If he was your neighbor, you could count on him to be a person of integrity.

Read this: Are all believers called to make disciples?

He paid attention to the Scriptures. He knew the promise of the prophets concerning the Messiah, and his eyes of faith looked for His appearing. One of the most powerful statements concerning his life is from Luke 2:25, “The Holy Spirit was upon him.” The Holy Spirit upon any life makes that life beautiful!

He was at the Temple just before Joseph and Mary arrived. They had come to dedicate baby Jesus and to bring an offering according to the Law of the Lord.  What timing! It wasn’t fate that brought Simeon to the Temple that day, in that moment, it was the Holy Spirit. (The Scriptures tell us, “The steps of a good man are ordered by the Lord.”)

Simeon saw Jesus and approached the child with outstretched arms. He was about to hold in his hands God’s salvation! Simeon was overjoyed. His eyes looked upon the tender life of God in human flesh; His heart embraced the presence of the Prince of Peace; His soul rejoiced in the fulfillment of God’s promise; His words declared and affirmed the Gospel of the Redeemer—the One who would be a light to the Gentiles and the glory of God’s people, Israel. Simeon was now ready to depart in peace and go to his heavenly home.

No matter how much we do during this Christmas season, if we miss God’s Salvation, we have missed it all. God’s Salvation is a person…that is why God’s Son left heaven and came to earth. That is why the angel said to Mary that His name would be called Jesus (meaning Salvation) because he would save us from our sins. Salvation is God’s gift to us. It is the greatest love gift ever given—Jesus is the heart’s one true light, the heart’s everlasting joy, and the heart’s perfect peace.

Did peace really come to earth,

The time of baby Jesus’ birth?

If you mean, “Did sin decrease,

The answer would, of course, be “no,”

For Jesus faced a hateful foe.

But peace did come through Him that day,

From heaven’s home, to manger’s hay—

For He’s the gift that will impart,

Peace to every trusting heart.

“Glory to God in the highest, And on earth peace, goodwill toward men!” Luke 2:14 NKJV

Now read this: A prayer to help your heart prepare Him room

This post originally appeared on Dayspring and was republished with permission. For more articles like this, check out their devotional library.

Roy Lessin, co-founder of DaySpring, is an active Bible teacher and continues to be involved with DaySpring, serving in various pastoral responsibilities, as well as helping to create new products. He has written numerous gift and devotional books. Roy and his wife Char have been married for more than fifty years and have two children and four grandchildren.