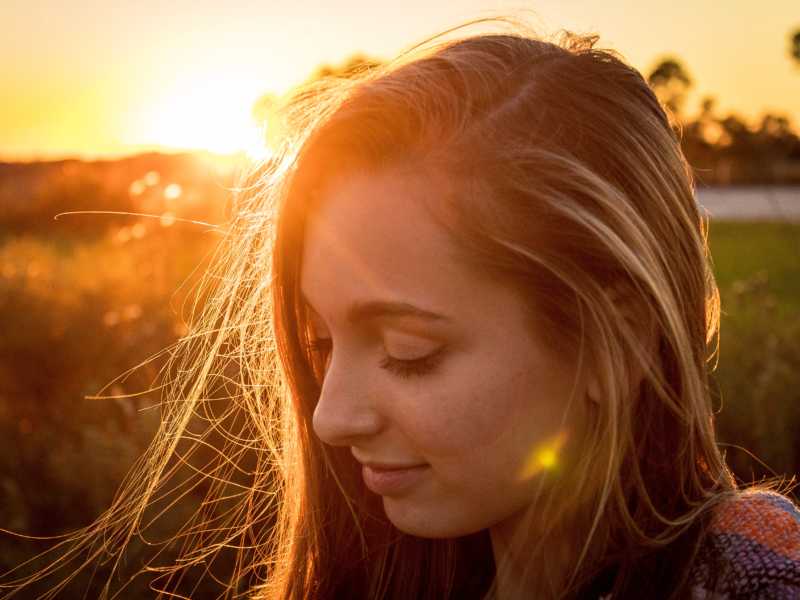 When I was 19, I was asked out on a date by a friend of mine who had no reason to be pursuing a girl like me. He was one of the good ones – the kind of man who gives you a glimpse into God’s love and kindness.

In my eyes, I was tarnished. I looked in the mirror and saw damaged goods by every definition of the word. But he still pursued me relentlessly – because he was one of the good ones.

He was honest. He wrote me a letter early on that said, “Lindsey, whatever you want to know, I will tell you. Whatever you want access to, I will show you. I want you to be able to know everything that you want about my life because I care about you.”

I wasn’t used to honest. I was used to working my way around the lies to find a portion of the truth.

He was kind. He asked questions about me and truly listened. He took notes and remembered the things in my life that I considered important. He honored me physically and worked hard to know me emotionally.

I wasn’t used to kind. I was used to ‘kind when he felt like it.’

He was available. He made it clear that I was the only girl he was interested in. He always told me exactly how he felt. He took the time to find cute ways to ask me out on (actual) dates and was always eager and willing to talk to me.

I wasn’t used to available. I was used to craving affirmation from guys who played game after game. I was used to the sinking feeling in my stomach when I called and they didn’t pick up – wondering what they were doing and who they were with.

Do you need help raising your teen in a social media world? SIGN UP for our online video course taught by Kirk Cameron.

This honest, kind & available man was the one who God had in store for me the entire time. And yet, I had forced other guys to fit like broken puzzle pieces because I just desperately wanted to be seen and loved.

Had I continued believing that “broken” was all that God had for me, I never would have found a truly good man. And although he was imperfect and fell short in these areas at times, he would always strive for righteousness and goodness by God’s strength.

Sweet friends, you know that guy that you keep going back to, the one who you can’t seem to let go of no matter how badly he continues to hurt/ignore/damage you? Most of us have been with one. It’s time to let him go.

I was told a long time ago that the more time I wasted on a man who didn’t care about me, the more time I spent missing out on someone who did. They were so right. And I really wish I would have listened sooner.

I’ll never forget my 17th birthday party. I was at a dinner with my group of friends, laughing and celebrating, when I discovered that my boyfriend had just slept with one of my close friends the previous night. This “friend” then arrived at the dinner a few minutes later, without any clue that I knew what she had done.

This same boyfriend went on to cheat six more times over a two year period and I still got back together with him every single time. He didn’t care about me. He cared only about himself. But I was so afraid to be alone.

Later on, I met someone who claimed to love me enough to marry me. He was one of those who was “kind when he wanted to be” but he never hesitated to grab my arm until it hurt, or to give me a little shove when I did something he didn’t like. I forgave and forgave and turned a blind eye when things got hard. Because he would grow out of it, right?

Oh, friends, I lived and breathed the words, “He will change.” They gave me the ability to justify everything that wasn’t quite right. They gave me an excuse to ignore God’s will while forcing my own.

I chose to be with men who treated me like dirt rather than choosing to wait on God for the man who would love me like Christ loved the church. I didn’t know my value or worth. I allowed the way that I was treated to mold my identity. I was so desperate to be loved and seen that I succumbed to these relationships as a way to feed my dependency.

I was recently watching a documentary where college students talked about their experiences with dating. They said that dating is basically archaic. Pursuing one another and talking face to face at dinner has been replaced with swiping left or right and hooking up when the sun goes down.

Sometimes I think we forget that with every guy that we give ourselves over to, either in a “Netflix and chill” situation or an on-and-off again tumultuous relationship, that we are giving away a piece of our hearts that should have belonged to our husbands.

You won’t ever get that back.

Friends, dating is hard. Being single is hard – especially when we see engagements, weddings and baby announcements flooding our social media feeds. I know first-hand how desperately we can long to hear the words, “Will you marry me?” and how all-consuming it can be until that day comes.

But when we start to believe that we are worth more than an empty and temporary fix, that we should wait on God to bring one of the good ones, we will begin to see the bigger picture more clearly. I want to remind you today that no matter how hard you try and force God’s will and silence His voice, it still won’t make it right.

Read this: If you never feel good enough

This guy – whoever he is – isn’t your last hope. He’s not as good as it gets. Compromising your convictions because he makes you feel seen ‘every once in a while’ isn’t what God has intended for you.

As women, if we sugarcoat a man’s poor character and decisions simply because we like the status of “taken”, remember that that doesn’t make us gracious, it makes us gluttons for punishment.

That “good” guy who asked me out at 19 is now my sweet husband. And he is still so good to me. He relies on Jesus in his failures and imperfections and reminds me that my own does not define me.

Replace your desperation and longing for a husband with a true desire to seek and know God with your whole mind and soul. And let Him guide your heart from here.

Is your daughter or son consumed by their phone? Get real help and solutions from Kirk Cameron’s new course, ENGAGE.

This post originally appeared on Sparrows and Lily and was republished with permission.

Lindsey Maestas is a Christian based out of Albuquerque, NM. She is a wife to a loving husband and a stay-at-home-mom to a sweet little boy with another little one on the way. She received her degree in Journalism and is a writer for the faith-based lifestyle blog, Sparrows and Lily. She loves Jesus, event planning, baking and binge-watching Netflix with her husband. Find her on Instagram, Facebook Fand Twitter.