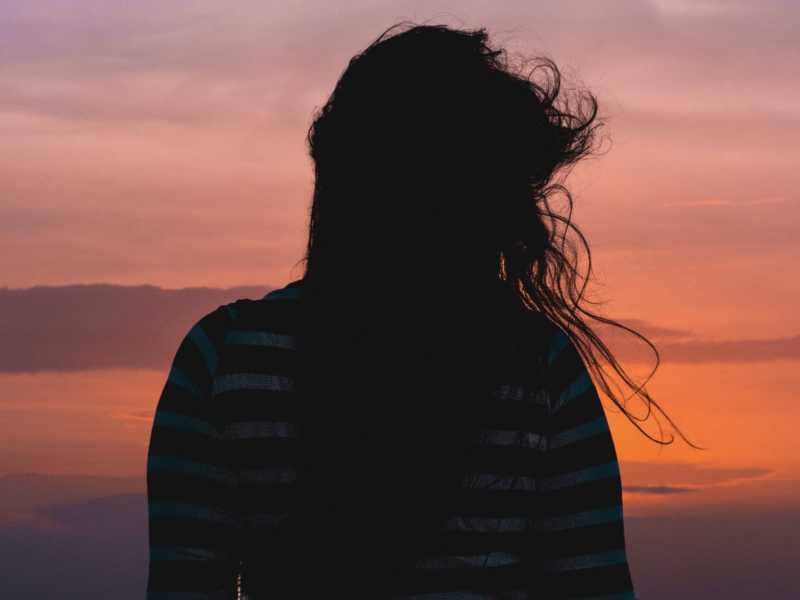 Today I made my annual mad dash to our big box sporting store to buy our kids long-sleeve undershirts to wear under their various sports uniforms. Even though we were sweating it out last weekend, this morning we could “Hhhaaaaaaa” see our breath as we headed out to carpool. Such is the weather swings in our neck of the woods.

So, off to Academy Sports and Outdoors I went.

After zig-zagging the entire acreage of the enormous sporting goods store, I headed to the register and placed my long-sleeved, fleece-lined goods on the black conveyer belt. As I placed my last item on the belt, I looked up to see my cashier run (and I mean run) toward the store exit and then through the glass doors. She was a white-haired older woman who could have easily been mistaken as someone’s saintly grandma – that is, until she sprinted from behind her register and yelled in a deep, authoritative voice, “STOP! You get back here!”

A couple minutes later, the white-haired heroine returned. She was trying to catch her breath and yet was altogether energized. I asked what happened and she told me she spotted a man with his arms full of unpaid merchandise running out of the store. She said when she saw the thief, she literally sprinted into action.

I told her I couldn’t believe how brave she was, running after a criminal like that, and how she did it with such boldness. She was empowered as she told me she got the license plate number of the get-away car and knew he’d be caught. She said a la Clint Eastwood, “And I can’t wait.”

Again, I commended the courage it takes to run toward a possibly dangerous situation. She looked me in the eye and said, “I’m a warrior.”

Read: Why we need good theology without apology

And I could tell she was a warrior. She was on a high from chasing down the bad guy and was further jazzed about the thought of him being caught. It was a treat to be in her presence.

Then I asked, “Do you read your Bible?”

She looked at me like I’d just made the biggest non-sequitur in history and detoured what was a great conversation. She answered, slowing the cadence of her words, “I’ve read my Bible some.”

I told her I only asked because she reminded me of one of my all-time favorite women in the Bible – a woman who is not given a name, only called a wise woman. At that, she leaned in to hear more.

I told her about this woman whom I’ve never heard mentioned from the pulpit. I’ve even read books specifically about strong women in the Bible and this woman is glaringly absent. But from the first time I read about her, she became someone whom I can’t wait to meet once I get to heaven.

She’s found in 2 Samuel 20:16-22. This wise woman arrives on the scene as Joab, commander of Israel’s army, is chasing a terrorist who has taken refuge in a city called Abel Beth Maacah. Joab and his army decide they are going to storm the city to get the terrorist. They started building ramps up to the city wall and battering another wall to bring it down. As they are ramming the city wall, this wise woman called out from the city and asked Joab to come speak to her.

Let’s just pause right there. Here is an Old Testament woman asking the commander of Israel’s army to come speak to her. She’s not working her way up the chain of command or cowering in her home. She’s going directly to the top and asks for an audience with the most senior official. She gets things done.

Joab went to her and this wise woman respectfully asked why his army was planning to attack her city. She told Joab that her town was a peaceful place and the people were known for their wisdom. So, why in the world was he commanding his army to lay siege on her fair city?

Joab assured her that he meant no harm to her people, but he was going in to get a terrorist who had slithered his way into her city. Then he proposed, “Hand over this one man, and I’ll withdraw from the city.”

When my cashier friend heard this, her eyes widened. I assured her, “Yes, that’s in your Bible.”

I finished the story, telling her Joab did, in fact, get the terrorist’s head and withdrew his troops from the city. And with that, the city and its people were saved because this brave, wise woman (again, that’s what the Bible calls her) didn’t flinch when it came to the safety of her people.

As I finished telling my cashier about this woman of the Bible that she reminded me of, she became even more energized. She said, “I’ve never heard of her! Oh, I love that story!”

I told her that every time I read about this wise, brave woman, I would think of her.

Before I left, I wrote down the chapter and verse of the story so she could read it herself. She said, “I can’t wait to read this! When I’m finished here I’m going to look this up.” She called out positive acclamations as I walked toward the exit and then she shouted, “Julie! Hey Julie! I love you!”

I told the story to my cashier to encourage her, but her reaction encouraged me to be brave and bold and call out God-given glory in the people along my path. I pray that I would be ever more open and available to sweet conversations (who knew a sweet conversation could include a beheading?) like the one with my Academy warrior friend. And I’m ever so thankful to that wise Old Testament woman no one has heard of as an example of boldness and bravery.

In case you’re wondering, as the Lord would have it, I was able to tell this story without one person in line behind me. What are the odds?

Now read this: Do you have the warrior mindset?

This post originally appeared on JulieHildebrand.com and was republished with permission.

Julie is a wife and mother of three school-age children. She grew up in a small town in Texas and now lives in one of the largest cities in the country, Dallas. Before leaving the corporate world to stay home with her children, she worked in national public relations for one of the world’s leading and most recognizable brands. Visit Julie at her blog, JulieHildebrand.com