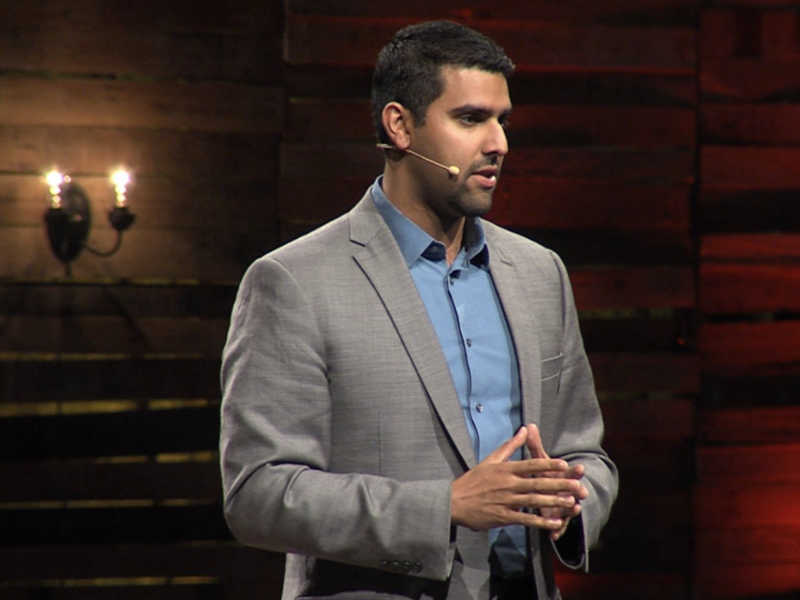 Muslim-turned-Christian evangelist Hazem Farraj has been sharing a number of social media posts in recent days about the death of fellow author and Christian speaker Nabeel Qureshi, who passed away last Saturday after a year-long cancer battle.

Farraj appeared in a Facebook video on Thursday during which he revealed a conversation he had with Qureshi’s widow, Michelle, at her husband’s funeral — a simple exchange that left him in awe.

“I was paying my respects to Michelle, his widow, and I said to her, ‘Keep going. I’m so sorry for her loss. You’ve got to keep going,’” Farraj recounted in a Facebook video. “You know what she said to me? She said, ‘God has not changed.”

This four-word proclamation made quite an impression on Farraj, as he saw that, despite Michelle’s pain, she was still clinging to God even in her toughest moment. Her perseverance is clearly a lesson to us all — and Farraj agreed.

Looking for more incredible stories of courage? Don’t miss Kirk Cameron’s LIVE event in a theater near you on Thursday, October 24.

Watch Farraj discuss these issues with minister Randy Caldwell — and see Caldwell sing a song about heaven — below:

A song about Heaven for Nabeel Qureshi. Watch til end to hear what his incredible wife said. Sending love and support to the Qureshi clan. ?

As Faithwire previously reported, Qureshi, 34, was diagnosed with stomach cancer in August 2016 and suffered over the past year as the fatal disease spread. He shared his journey with the masses as his illness worsened.

Qureshi, who is an ex-Muslim, has been remembered throughout the past week for his transforming ministry and staunch faith, even as he faced the harrowing struggles that came along with his disease. Among the most touching memorials came from author and apologist Ravi Zacharias, whom Qureshi worked under.

In a reflection posted by Christianity Today on Sunday, Zacharias remembered his young friend, calling him a “man with a mission” and a “spectacular passion to do what filled his soul” who “finished his race all too soon.”

Read more about that here.