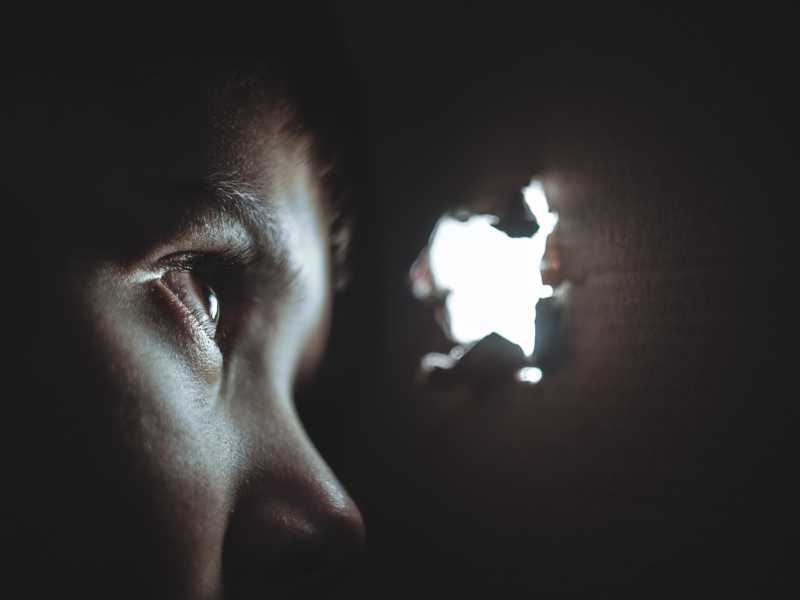 Dietrich Bonhoeffer was a German Christian believer in the era of Adolf Hitler. At one point, he left Germany and came to America when the leadership in Germany began trying to co-opt the church into their nationalistic agenda.

During his time in America, Bonhoeffer found the churches around him spiritually bankrupt, until he began to visit churches in Harlem.

In these churches, filled with a people who had long been oppressed by the populace and leadership of the nation where they lived, Bonhoeffer saw the power of the Gospel in the midst of people being oppressed.

It is very likely that what he saw heavily influenced his decision to return to Germany, speak against Hitler and to lead underground faith communities in the middle of Nazi Germany.

Do you want to be a part of a new revival? Join Kirk Cameron LIVE on October 24 in theaters across the nation for Revive Us 2!

Bonhoeffer was eventually arrested and executed by direct order of Heinrich Himmler just before the concentration camp wherein he had been held was liberated. His execution was a result of his participation in an assassination attempt against Hitler, but that’s a story you can read about elsewhere.

Theologian Robert Capon points out that almost all the recipients of the ministry of Jesus were the little, the last, the least, the lost and the dead. The outcasts, the forgotten, the sick, the poor, the oppressed, the ostracized.

A Samaritan woman. A hated tax collector. An “unclean” woman and a dead little girl.

Jesus called fishermen to be his followers.

When the rich and powerful tried to control Jesus, they found he was uninterested in their agendas.

I call this type of gospel “The Outcast Gospel” because it is the opposite of “The Prosperity Gospel”. I cannot understand how anyone would take the words of a homeless man who insisted that following him would be the death of all who undertake it and try to turn them into a formula for riches and earthly power.

I’ve quoted Sara Miles before from take this bread when she says that what drew her to a Christian faith was that she “discovered a religion rooted in the most ordinary yet subversive practice: a dinner table where everyone is welcome, where the despised and outcasts are honored.”

The ministry of Christ was for those who knew they could never earn or deserve his grace, his love, his attention.

When we disregard or insult people who are pointing to injustice in our society, we create space between ourselves and Jesus.

When we are unloving to people who do not conform to our political preferences, we create space between ourselves and Jesus.

When we assign value to people based on earthly categories – like nationality, or skin color, or socioeconomic status – we create space between ourselves and Jesus.

Read this: Is it still possible to change the world?

The entirety of the moral code Jesus challenges us to live by is to love God and to love people.

Any action/stance/belief which doesn’t stem from this stance is, according to Paul, worthless.

Stand with those who are oppressed. In the words of Martin Luther King Jr, “Injustice anywhere is a threat to justice everywhere.” Jesus tells us to hunger and thirst for justice.

He wants us to be around the meek and merciful; to work for peace and to be willing to accept persecution as we do.

Don’t follow the example of anyone, no matter how rich or powerful, if they do not point toward loving fellow human beings. The opposite rather, look for opportunities to stand with those who the rich and powerful would seek to oppress in order to exalt themselves. In doing so, you’ll find yourself standing closely with a Messiah who walked this earth as a suffering servant.

Unify America and bring hope and healing to your community by joining Kirk Cameron LIVE on October 24.

This post originally appeared on Making Faith Practical and was republished with permission.