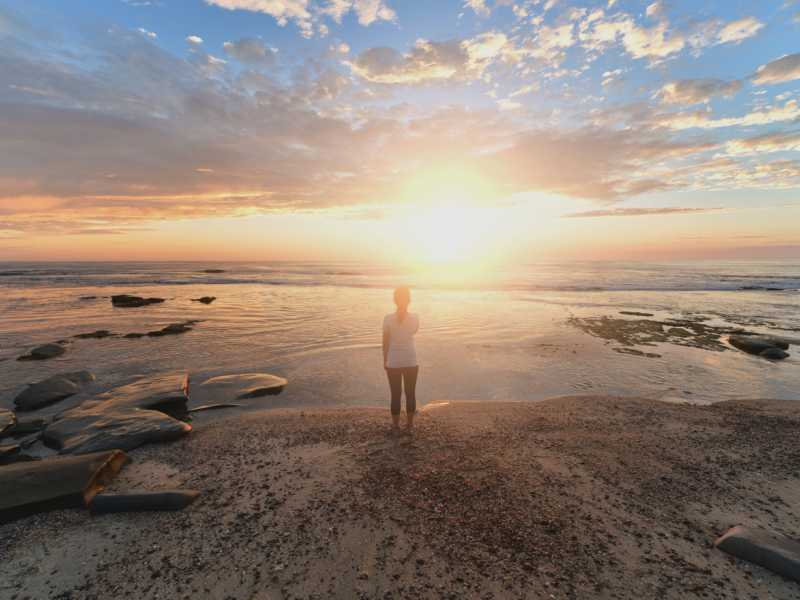 Throughout this year, I’ve been engaging with four very large biographies. In Light of Eternity: Leonard Ravenhill, Just As I Am: Billy Graham’s autobiography, DL Moody: A Life, and Dream Big: The Henrietta Mears Story. Along with some other reading, including anything I can get my hands on by Francis Schaeffer, and Jerry Bridges, this has made up the bulk of my reading time. The four biographies together comprise over two thousand pages, rich with stories of faith and God at work in our world through individuals.

The way God can use one person for His glory in such significant ways surprises and overwhelms my soul.

I’ve begun to see so clearly that God is not looking for people of great talent, wealth or notoriety, but simply for ordinary people full of faith and the Holy Spirit. He loves to use ordinary people like you and me, so He gets all the glory. (see 1 Corinthians 1:26-29) With ordinary people who simply believe what God can do through them, He can establish His Kingdom in the the world and in the lives of people who are far from Him. God has always chosen to use people. We see this in the words of God to Moses, “I have heard their groans and have come down to rescue them. Now go, for I am sending you back to Egypt.” (Acts 7:34, NLT) God essentially says, I have come to rescue them, now go for I am sending you as My rescue. When God is looking to move in new ways, He always looks for people who are committed to Him, to use in powerful ways.

I’ve been fascinated for several years now by the story and legacy of Henrietta Mears. Have you ever heard of her?

I believe many Christians have not, and yet her influence has likely affected nearly every single one of you reading this. Let me tell you some of her story.

Henrietta’s roots actually go back to Minnesota (where we are from), where for many years she taught in the Minneapolis public school system, while also serving at First Baptist Church downtown in Sunday School. In the middle of her life, she took a year off, and during some time down in Southern California was tapped to be the Christian Education Director at Hollywood Presbyterian Church. This proves to be a significant turning point for her, as God began to use her in the lives of young people in the region.

The group, consisting of young people and college students at that time was several hundred students, but quickly grew into the thousands of young people who gathered to hear her teach the Word of God. She had an extraordinary gift of teaching the Bible and guiding people in practical ways to follow Jesus.

A significant part of her influence in ministry was through the lives of those young people she mentored and discipled:

Have you been impacted in some way by any of these ministries?

It’s not inconceivable to say that Henrietta’s faithful Bible teaching, mentoring, discipling and passion for God and His Word has deeply affected you too, nearly one hundred years later. Her influence lives on through the lives of those she discipled, and the ripple affect of who they discipled. Amazing, isn’t it?

I have definitely been impacted by some of these leaders and people. Years ago, Michelle and I had the privilege to meet Vonnette Bright briefly at an event in Minnesota. Vonnette and her husband Bill had lived with Henrietta for many years, and founded Campus Crusade for Christ out of her home.

I’ve had the privilege of meeting Franklin Graham, Billy’s son, and have spent a little more time with Will Graham, Billy’s grandson. In fact, I have some wonderful short videos talking with Will about his grandfather and specifically about the 1949 crusade and all God did in that singular moment in history, which is still somehow impacting all of our stories today. Will plays his grandfather in the upcoming movie Unbroken: Path to Redemption, and we had the opportunity to visit the movie set last fall and see the replica of the 1949 crusade tent, where God moved so mightily. Angelina Jolie directed the first Unbroken film, and I’m thrilled that Universal is telling the second part of Louis’ story, in which his faith in Jesus Christ plays the major role, transforming his life.

When we were visiting the movie set, we also got to spend time with Luke Zamperini and his sister who told of the incredible power of the gospel in their dad’s life, and how it changed their family forever.

If you want to read more, I wrote more about Henrietta’s life and impact in my book Truth Plus Love: The Jesus Way to Influence (Zondervan, 2019) and you can pre-order this now, and be the first to read it.

God’s power in your life can change your story, and it can change the people around you.

God still loves to use people to turn the tide. He still is looking for people whose hearts are committed to Him, and He wants to send rescue to the lost and broken in our world today. If you feel ordinary, you are exactly the type of person God is looking for. Will you allow Him to fill you with faith and the Holy Spirit, and His heart of love for the people around you who need Him?

Now watch this: An urgent call for the church

This post originally appeared on Thinke.org and was republished with permission.

Matt Brown (@evangelistmatt) is an evangelist, author, and founder of Think Eternity. Along with his wife, Michelle, and the staff and volunteers of Think Eternity, millions of people are being impacted with the gospel each year online and through live events. They also minister to more than two million followers on social media daily. More at Thinke.org