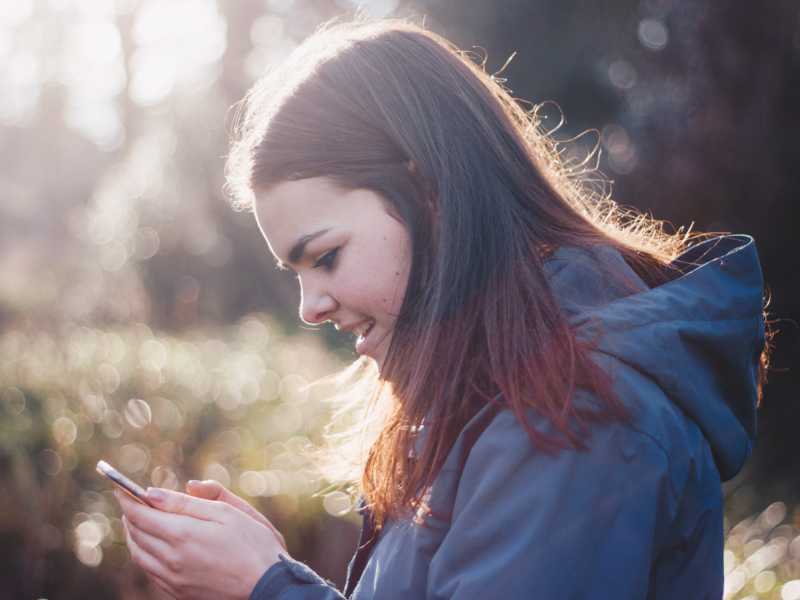 My oldest child Ethan is 13.  He’s an eighth grader at a large public middle school in Southern California.  He blends in the crowd unless you look closely at his hands or back pocket.

He doesn’t have a phone.

He’s independent and Wifi free, riding his bike to school every day.  Some parents think I’m crazy for letting my him go without a phone.  But with what I have researched and observed firsthand, I believe middle school is too soon for a phone.  Please understand I’m not here to condemn you if you have given your child a phone.  But I do want to suggest there may be a healthier way.

Read this: Three Proverbs I want my kids to know

When thinking about your child and when to give him or her a phone, there are some wrong questions to ask like:

Does my child feel left out because his/her friends have a phone?

What are the other parents doing?

Will my child be mad at me if I don’t get a phone for him or her?

Does my child really need a phone?

Will a phone compete with homework, chores, and face-to-face interaction?

Has my child proven to be trustworthy, mature, and obedient to my instructions?

Will having a phone lead to arguments about its use?

Do I understand the addictive nature of screens?

Today’s tech-absorbed parent may balk at the idea that a phone is a cause for concern.  But do you understand the goal of major companies such as Facebook, Snapchat, and Alphabet Inc’s Google is to keep users glued to their screens as long as possible?  You probably don’t need statistics to know once a child or teenager has a phone, it becomes an ever-present part of life, day and night.

If you’re like me, you’re a full-grown adult who struggles with checking the phone too often, becoming easily distracted online, and scrolling through social media or news feeds to procrastinate.  If we as adults are struggling, imagine how much self-control an elementary or middle school student will have with a phone?

I agree with Bill Gates who waited until his children were in high school before giving them phones.  Think about it.  Bill Gates, computer programmer extraordinaire, waited until high school.  No two kids are the same so you may have a high schooler who isn’t ready and another who is.

My daughters are in 3rd and 6th grade and as you can imagine, they are phoneless too.  Whenever I interview parents with older children, I like to ask “What’s one thing you wish you would have done differently?”  Ten out of ten times the answer has something to do with technology.  “I wish I had taken the phone away at night” or “I wish I wouldn’t have given my child a phone so early.”

No one has ever said, “I really regret those phone free years with my kids.  We could have really used that smartphone in our child’s life a lot sooner.”

Now read this: Are screens harming your child’s communication skills?

Arlene Pellicane is a speaker and author of several books including Calm, Cool, and Connected: 5 Digital Habits for a More Balanced Life and Growing Up Social: Raising Relational Kids in a Screen-Driven World which she wrote with Dr. Gary Chapman.  Learn more at ArlenePellicane.com.