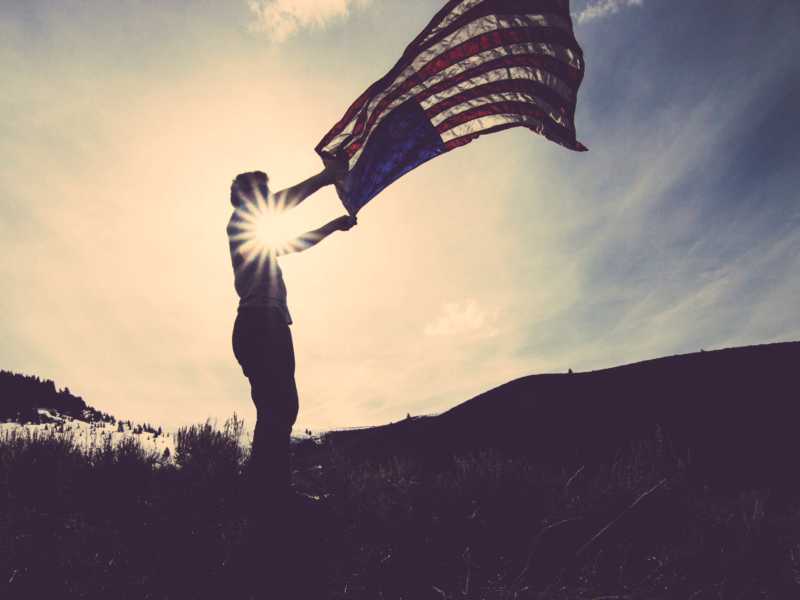 On June 21, 2006, in the Nuristan Province of Afghanistan, Staff Sergeant Jared Monti’s sixteen-man patrol came under fire. One of his men was wounded and fell over a ridge into what the soldiers described as a “death zone.”

Despite an intense firefight, he tried three times to save the soldier. On his third try, Jared was killed. He was posthumously awarded America’s highest honor for heroism, the Medal of Honor.

Paul drives Jared’s pickup truck, the military decals still on it. He explained: “It’s got his DNA all over it. I love driving it because it reminds me of him, though I don’t need the truck to remind me of him. I think about him every hour of every day.”

A Nashville songwriter heard this story and turned it into a song that country singer Lee Brice recorded. “I Drive Your Truck” earned Song of the Year honors at the 2013 Country Music Awards. As of this morning, the YouTube video had more than twenty-eight million views. I urge you to watch it on this Memorial Day.

“The fate of unborn millions”

On August 27, 1776, George Washington addressed his soldiers before the Battle of Long Island. This was the first major battle after America declared her independence.

Gen. Washington stated: “The time is now near at hand which must probably determine whether Americans are to be freemen or slaves . . . The fate of unborn millions will now depend, under God, on the courage and conduct of this army. Our cruel and unrelenting enemy leaves us only the choice of brave resistance, or the most abject submission. We have, therefore, to resolve to conquer or die.”

We are now part of the “unborn millions” whose lives are indescribably different because of the soldiers who died to purchase our freedom and those like Jared Monti who died to preserve it.

“That’s the day the pool opens”

Washington, DC, will host America’s largest Memorial Day parade today. But we don’t have to be in our nation’s capital to participate in this day of national observance.

We can display an American flag, which is to be at half-staff until noon today. Military.com also suggests that we visit a local veterans’ cemetery and/or war memorial; take cookies, books, or movies to a nearby veterans’ hospital; watch a movie and learn about famous battles of the past; and ask our children to create a card or picture to be sent to a soldier serving overseas.

In addition, we can participate in the National Moment of Remembrance.

Two decades ago, children touring Washington, DC, were asked what Memorial Day means. They responded, “That’s the day the pool opens.” A Gallup poll showed that only 28 percent of Americans knew the true meaning of Memorial Day.

As a result, the National Moment of Remembrance was begun by presidential proclamation in the year 2000. All Americans are asked to pause at 3:00 pm, wherever we are, for one minute of silence. Major League Baseball, NASCAR, the Statue of Liberty, the Empire State Building, and the Liberty Bell are among today’s participants.

Remembering our past is a biblical principle and priority.

The Jewish people still gather each Passover to remember the day they were liberated from Egyptian slavery (Exodus 12:21–28). After they crossed the flooded Jordan river, the people gathered twelve “stones of remembrance” from the river bed to build a “memorial forever” (Joshua 4:1–10). Jesus taught us to take the bread and cup of the Last Supper “in remembrance of me” (1 Corinthians 11:24–25).

Why is remembrance especially important in these days?

In fact, such remembrance is so important that every day should be Memorial Day.

“Ever mindful what it cost”

“The Star-Spangled Banner” was not officially adopted as America’s national anthem until 1931. Before that, the song “Hail, Columbia!” served in this capacity for many events. Joseph Hopkinson (1770–1842), a lawyer and congressman, wrote it for the inauguration of George Washington. It is played today whenever the vice president enters an event.

May we be “ever mindful” what freedom cost, this day and every day.

Now read this: Why you need to be careful what you celebrate this Memorial Day