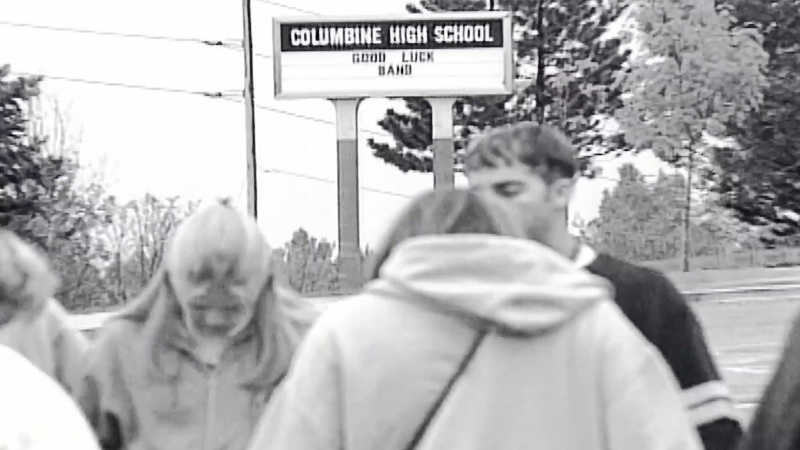 Columbine survivors and their families are speaking out 20 years after two students entered Columbine High School in Littleton, Colorado, and committed tragic acts of violence, killing 12 students, one teacher and inevitably turning their guns on themselves.

The shooting at Columbine shocked the nation to its core. Survivors Craig Scott and Evan Todd — two former students who were in the library of the school that fateful day — appear alongside other survivors in PureFlix.com’s “After Columbine” series, revealing what they saw and experienced during and after the traumatic event.

WATCH: Explore Faith, Hope and Forgiveness by Streaming ‘After Columbine’

“I went to the library to study for a test during my lunch period and I was there with two friends,” Scott said of his morning on April 20. “I heard popping noises coming from outside the school.”

At first, Scott and Todd thought the sounds were part of a senior prank, but when a teacher frantically entered the library and told students to hide, they knew something else was happening.

The shooters soon entered the library, where much of the violence took place. Scott recalled being terrified in the midst of the unimaginable event.

“I asked God to take away my fear, because I literally felt like my heart was going to stop beating, and in that moment I felt relief from my fear,” he said, noting that he experienced something profound in that moment. “About a minute later I heard a voice speak to me and told me ‘Get out of there.’”

Watch Scott, Todd and other survivors discuss how faith played a role during and after Columbine in episode one of “After Columbine” (watch the entire series at AfterColumbine.tv):

Scott saw that the shooters left, so he stood up and yelled for everyone to exit the library. The students fled the room — and just in time, as the shooters eventually re-entered.

“If I didn’t listen to that voice, I think more of us would have been killed,” Scott said.

Todd, who was also in the library that morning, recalled praying during the attack, asking God to help him survive the ordeal.

“I was praying to God to let me live, to end … what was happening,” he said, noting that the shooters confronted and threatened to kill him.

“One of them kneels down and puts a gun to my head and he asks, ‘Why shouldn’t we kill you?’” Todd responded that he had always been good to people at the school, and for some reason the shooters spared his life and left the library; he was the last person to speak to them.

“Something happened in that moment that I still believe to this day wasn’t my words,” he said. “It was something greater, more powerful.”

You can learn more about the hope that Scott, Todd and others have discovered over the past 20 years by watching “After Columbine,” a show that features the harrowing stories of Columbine survivors, family members, and others who were directly impacted by the tragedy.

“After Columbine” transcends issues — and headlines — to explore how survivors of the Columbine massacre and their families coped in the wake of tragedy. Stream the series for free here.