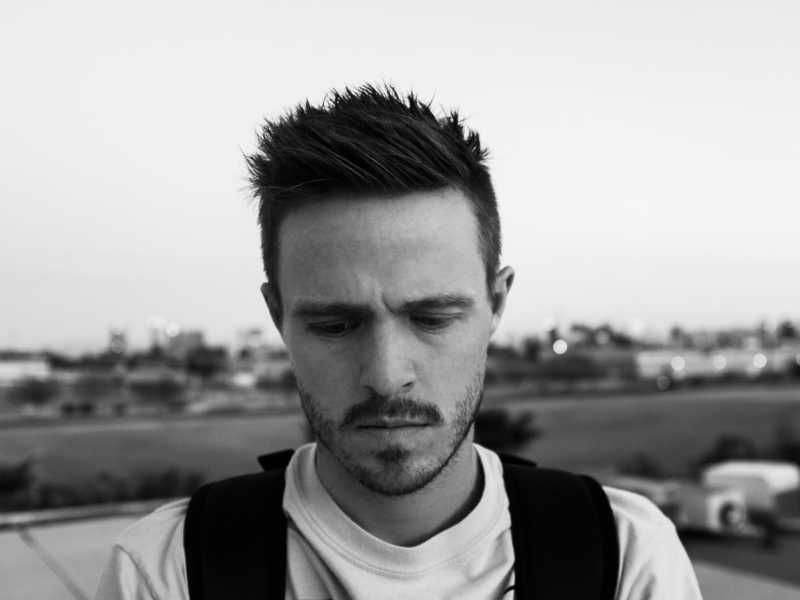 When it comes to reaching the millennial generation, narcissism could be the biggest obstacle, according to a panel of young ministry leaders who spoke at The Gospel Coalition’s 2019 conference on Monday.“This age is so hungry for authenticity and maybe it’s because we’re all fronts, we are all show, we’re all taking the selfie 17 times and putting the filter on it and getting it out there,” Australian evangelist Glen Scrivener said.

Scrivener, along with three other young Christian leaders, sat on a panel called “Youth Are Not the Future: The Urgent Task of Evangelism Today,” where they discussed the challenges in reaching the millennial generation. Scrivener, Cameron Cole, Jackie Hill Perry and Stephen Um shared their thoughts on what “idols” stop young people from becoming Christians.

“Dear children, keep yourselves from idols,” reads the instruction from 1 John 5:21, and more challenging today than perhaps ever before. Often times we mistake idols for mere tangible items when in reality, they can be whatever consumes your thoughts.

The panel explored how the idols of narcissism and self-doubt have flooded society, and in particular, have negatively impacted millennials.

Cole, who is the director of children, youth and family at the Cathedral Church of the Advent in Birmingham, Alabama, pointed out that in his personal experience with evangelism, he has seen the idol of narcissism as one of the biggest “blocks” for young people to come to Jesus.

“As we talk about trying to lead kids to Christ, we often see that there are idols that they cling to that they don’t want to let go of in order to surrender themselves to the Lordship of Jesus,” he said.

Scrivener pointed out that one of the idols standing in the way is the giant of narcissism.

He noted that “the dangers of narcissism are just huge, especially in a social media age and especially for younger people.”

Join a community of like-minded believers when you sign up for this online faith-based community. Click here to learn more.

Yet, it’s not an obsession with true-self, but instead, a “curated image” that is created then pushed out to the world to see.

“Something very interesting in an Instagram age, that we fall in love not even with ourselves, but we fall in love with the curated image of ourselves that we project out into the world,” Scrivener said. “And yet, it’s so empty, it’s so hollow.”

Jackie Hill Perry, an author, artist, and former lesbian pointed out that the millennial generation also has an “addiction to doubt” that has become an idol.

The addiction to doubt has millennials “wrestling for the sake of wrestling, but never really wanting to come to a conclusion on something that you have to now submit to.”

“You don’t even want the answer,” she added. “You just are addicted to questioning it. I think I see that a lot. I think that’s an idol where it’s like you don’t really want to know.”

Stephen Um, the senior minister of Citylife Presbyterian Church in Boston, pointed out that so many of these idols, like “approval, power, influence, control, and comfort,” plague society, but that the Gospel is the greatest solution to these misguided desires.

“There is no other system or reality that speaks so well into those issues, and providing a remedy and resolution to those problem emotions, then the Gospel,” Um said.

How can we reach the millennial generation?

A study released in February by the California-based Barna Group showed that a staggering percentage of millennials think that evangelism is wrong.

The study showed that 47 percent of millennials “agree at least somewhat that it is wrong to share one’s personal beliefs with someone of a different faith in hopes that they will one day share the same faith.” 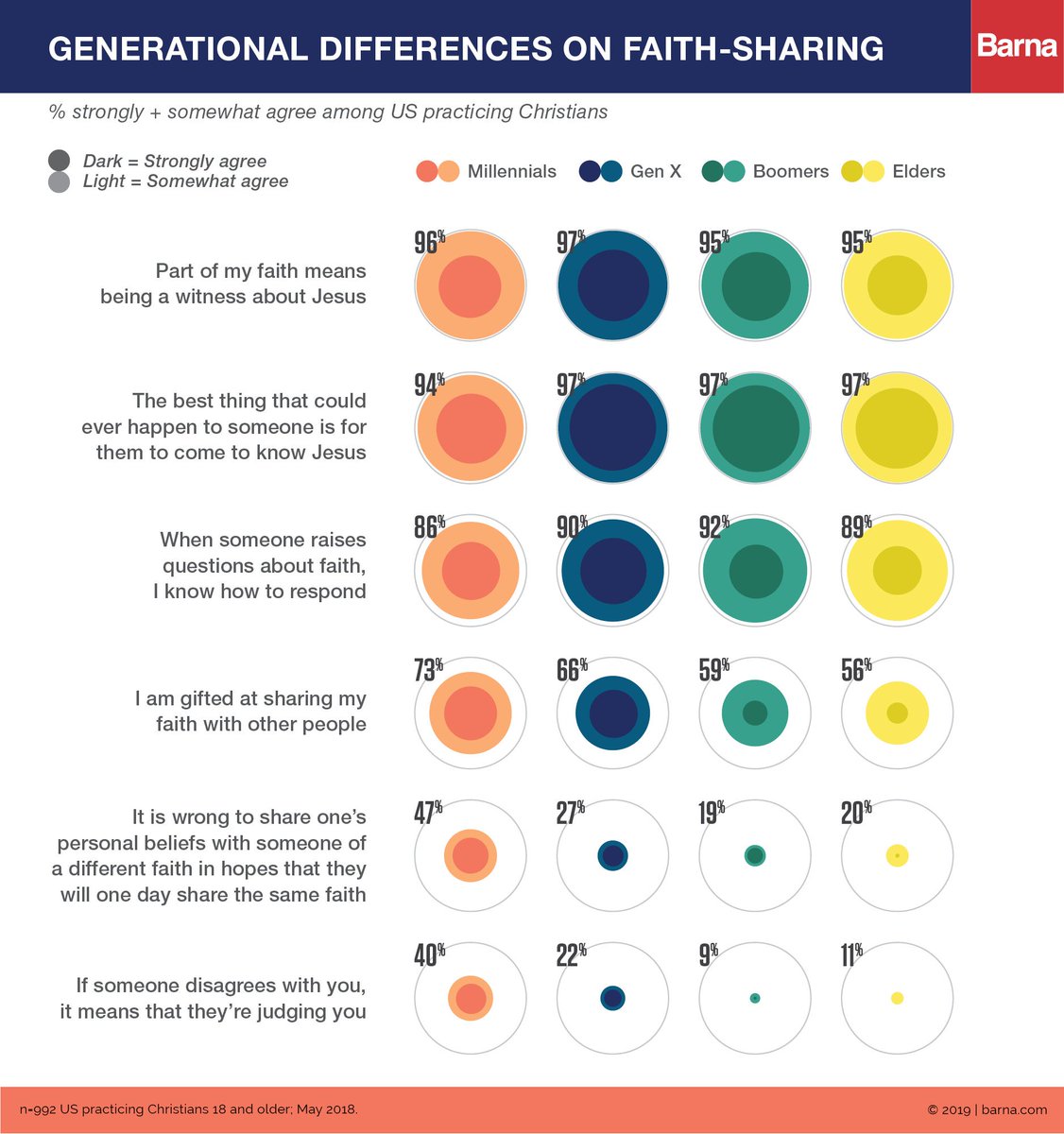 This study also showed that only 27 percent of Gen X-ers, 19 percent of Boomers and 20 percent of Elders felt that evangelism is wrong.

Millennials are by far the most evangelism-averse generation, which demonstrates why they might be hard to reach in the first place.

Even though only 47 percent of millennials believe it is wrong to evangelize, according to Barna Group President David Kinnaman, “84 percent say that the best thing that could ever happen to someone is for them to come to know Jesus.”

It seems that there is a disconnect between wanting people to know Jesus, but also thinking that telling others about His love and His saving grace is wrong.

During The Gospel Coalition’s panel, Perry added that in order to reach the millennial generation through evangelism, Christians must learn how to communicate with a new generation.

“What our culture really needs is to see and understand God,” Perry said. “I think after understanding God, everything else starts to make sense.”

As for Christian parents, Perry encouraged them to start early in their conversations with their children and talking to them on a level they can understand.

She shared a recent conversation that was sparked after her 4-year-old daughter announced, “God isn’t real.”

“Why isn’t He real?” Perry asked back.

“Because I can’t see Him,” Perry’s daughter responded.

“No,” her daughter replied.

Her daughter went on to say that she couldn’t see grandma because she was not with them. Perry asked her if that meant she wasn’t real, and her daughter said no. This then provided a helpful way for her 4-year-old to think about God.

This is also a helpful way to think about how to evangelize to the millennial generation. Learning to communicate in a way that they understand will open the door for more dynamic conversations.

Josh Chen, on staff at Cru, argues that the way to reach the millennial generation is through contextualizing Scripture. After studying the book of Matthew for two years, he realized what was necessary for reaching millennials with the Gospel.

“What I learned, to use a marketing analogy, is that our Gospel explanation was engineered to answer the questions of our parents, of the baby boom generation,” Chen said. “This isn’t a bad thing, but we’re still using it. Jesus always contextualized the Gospel for people.

“We need to contextualize the Gospel for each generation, similar to what we do for different cultures,” he said.

Do you want to grow in your faith with other like-minded believers? Join The Campfire today!