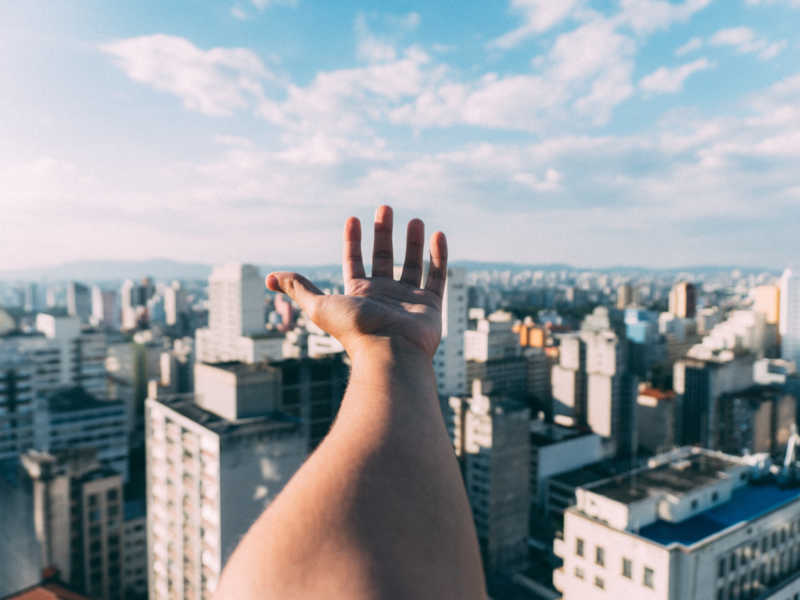 It’s amazing to think that a book written thousands of years ago, telling stories of cultures that are so drastically different from ours today, could be incredibly relevant to our current events.

As I slowly journey through the Old Testament, I am finding that it is an eerie reflection of today’s 7 o’clock news. This verse struck me hard:

“In those days there was no king in Israel. Everyone did what was right in his own eyes.” Judges 17:6

Let me paint a picture of what was going on before Judges. Years before, the Israelites were slaves in Egypt, God rescued them by sending plagues and destruction on the Egyptians. While they trusted God’s leadership momentarily, they quickly and repetitively slipped back into disbelief. However, God showed them mercy and continued to guide and provide for the Israelites, promising them a land that they could someday call their home. He defended them against armies much larger and scarier than them and proved Himself to be the best King they could ever ask for.

But that wasn’t enough for the Israelites. You see, to trust God as their King meant that they would also need to obey His commandments. Their response? It was something like, “Hey thanks for saving our lives and promising a future for our children’s children’s children. But, we’ll pass.”

Judges 17:6 describes the attitude of the Israelites at the time. God wanted to be their King, but the Israelites didn’t want authority. They just wanted to do whatever they felt was right according to their own feelings, not some old, tried and true commandments.

As a result, political and religious chaos exploded. The tribes of Israel, who were once united, began fighting among themselves, and they acted out in blatant immorality.

We can easily look at our changing laws, the violence in the streets, and the shouting matches via twitter to see that many of us are not governed by the one true King, but by our own hearts.

Wait, did I say “us” and not “them”? We read about the Israelites in Judges and quickly find people in our society to compare them to. “Man, those people need Jesus.” And they do, just as much as everyone does. Just as much as I do.

Do you want to learn more about faith, family, and culture? Join Kirk Cameron at The Campfire.

When I read that verse, I asked myself, “How often do I do what’s right in my own eyes? And how often do I allow the way that I feel to govern my decisions and my speech?”

When someone says something that upsets us, do we respond the way that Jesus would have us respond? Or do we allow our anger and frustration to lead us? Even if we feel that our anger is just, how should we respond if God is our King?

His words, not mine.

In this time of endless debate and intense division, I pray that the church can be a people that are not governed by our hearts and what feels right, but by the word of God. And I’m not talking about taking scriptures out of context that we’ve grown up spouting off in vain. I’m talking about truly studying what God says in His word in order to seek Him and know Him with our whole hearts. This is the only way the church will bring healing to our divided country.

Now, more than ever, we should be diving deep into the Old and New Testaments. We should be asking for God to be our King by reading the Bible and asking, “What would YOU have me do today?” We should be standing out in a crowd by living according to scripture; not melting into the rest of the yelling, finger pointing, and blame shifting.

We have been promised a land to call our home, and it is not this earth. On our journey to Heaven, we must follow a King, not our hearts.

Join Kirk Cameron at The Campfire today. Sign up for a free 14-day trial.