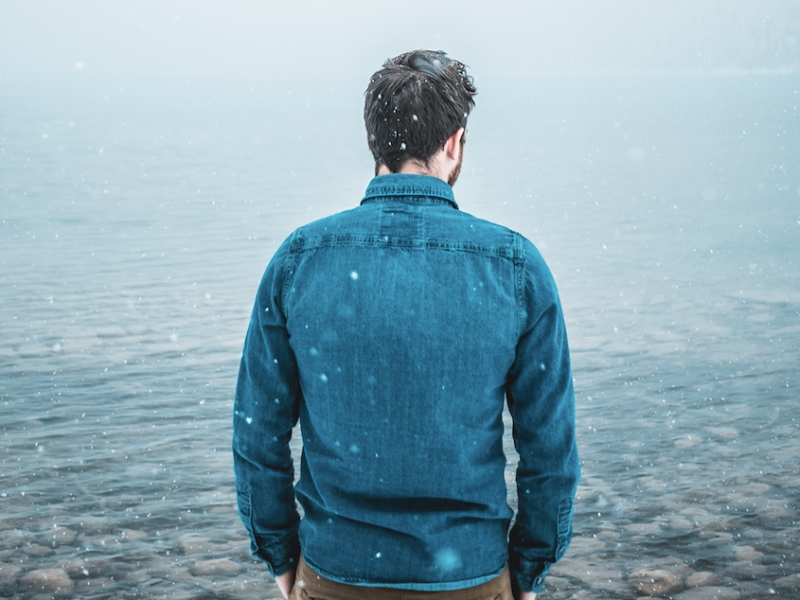 When my wife and I were dating, we were like most couples: eager to start our future together, looking forward to our marriage, and even excited about our future children. We discussed important things like how many children we wanted to have, what we wanted to name them, and which gender we hoped to have first.

About two years into our marriage, the baby-bug hit and we decided to start our family. At first, we expected it would happen immediately, and that nine months later, we would be sitting on the couch with a little one in our arms. As the months and eventually years passed, we started to realize that something was wrong.

We decided to see a fertility specialist and she gave us good news. She told us we could make a few minor changes, take a pill, and we should be pregnant in no time. Well “no time” never came, and the child we had prayed and longed for never arrived. The helpless feeling of hearing that once again there was a “not pregnant” sign on the pregnancy test, became something I began to dread each month. And even more overwhelming was observing the disappointed look on my wife’s face when she saw that the test was negative.

Read this: Hope in the midst of infertility

We went through a few more minor procedures until one day the doctor came in and said there was no reason, they could find, that we were not having a child, and that there was really nothing further they could do. Those words produced mixed emotions for me and my wife Whitney. On one hand, by saying there is nothing we can do, forced us to completely rely on God, but on the other hand, it was hard not to be disappointed with God for not allowing us to have a child.

There, I said it—for a time I was disappointed with God. Not an easy thing to admit, but freeing, because He already knows.

It is difficult for a husband to see his wife go through such pain. As a man, you want to shelter your wife from pain and fix any problem that comes her way. I began to feel like less of a man and started to think that my body was broken. It became increasingly difficult to hang out with other couples who had children and painful to see a dad playing ball in the yard with his son, or taking his daughter out on a date.

We were at a crossroads, we could either be bitter at God or come to the point of acknowledging that He is enough. We hear that phrase a lot in Christian circles, but what does that really mean? Well, it means that I do not require anything outside of God to make me content. I recognized that as a husband not being able to “fix it” was forcing me to come to terms with the question was God enough in my life? If He never allowed my wife and I to have a child was He our source of contentment?

Although it was not easy, and it didn’t happen overnight, God got me to the point of believing what the scriptures say in Isaiah 41:10 “I will strengthen you, I will help you, I will uphold you with my righteous right hand.” God wanted to hold us up with His righteous hand each month in the midst of disappointment. Children couldn’t be our source of happiness, God had to be.

Ways that this manifested itself in my life was in learning how to love my wife well through this season. I still have things to learn, and in no way do I think that I have arrived and am now an expert on how to love your wife in five easy steps. But God taught me what brokenness is and that has helped me be able to love my wife better. Brokenness is not

Isn’t that just the way God works. Changing our definition of how things should be? Brokenness and even suffering are actually good? No-one likes the idea of suffering. But in a weird way, it was through this suffering of infertility that I found joy. Through it, I was experiencing what it really means to be made more like Jesus. All of us are going to suffer in different ways, but many times we have to understand the point of suffering—to be made more like Him.

Most articles I read about infertility are written by women who have struggled with infertility but now have children. This is not one of those articles. We are still without a child but we have arrived at a place where we can truly say God is enough.

A few months ago we started the adoption process for a little girl from India. We believe God has used this struggle in our lives to save the life of this little girl. He is enough, and we are thankful He is using us in a way that we never even considered when we were picking out baby names as a dating couple. We are continuing to rest in God’s righteous hand. Oh, and by the way, I can’t wait to take my little daughter on a date.

Now read this: When life doesn’t go the way you want

Jeremiah is an associate pastor at McCall Bible Church in McCalla, AL. He worked as a congressional assistant on Capitol Hill for 5 years before leaving to pursue ministry. Jeremiah has a bachelor’s degree from Pensacola Christian College and a master’s degree from Liberty University and has been married to his wife Whitney for 7 years.