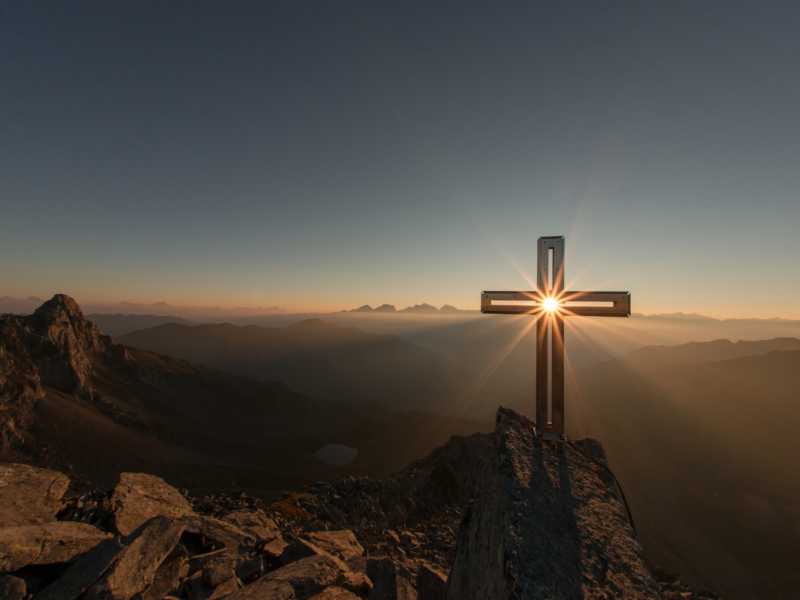 Jesus, knowing that all was now finished, said (to fulfill the Scripture), “I thirst.” A jar full of sour wine stood there, so they put a sponge full of the sour wine on a hyssop branch and held it to his mouth. When Jesus had received the sour wine, he said, “It is finished” (John 19:28–30, ESV).

Several years ago, a pair of brothers detonated a bomb near the finish line of the Boston Marathon. I’m sure you remember it. Watching the coverage of that tragedy, seeing runners on the racecourse stunned by the explosion, knowing many unsuspecting people lost limbs if not their lives—our first thought was, This is wrong! This shouldn’t be happening! It was horrible. Who could keep from feeling enormous sympathy for the victims?

John, however, in his biblical account of Christ’s suffering and death, did not want us primarily feeling sympathy for Jesus. He wanted us to see an awesome God in complete control of everything taking place, down to the last detail. Was it horrible? Yes, but it was not a tragic end. None of it happened by chance. God was sovereignly overseeing all of it.

Read this: Celebrating Easter with unbelievers

The soldiers gambling for Jesus’ clothes, for example—His tunic, His undershirt. “They said to one another, ‘Let us not tear it, but cast lots for it to see whose it shall be.’ This was to fulfill the Scripture,” John added, “which says, ‘They divided my garments among them, and for my clothing they cast lots’” (John 19:24). God was in control.

As the torture wore on that day, the Pharisees asked if the authorities would break the legs of those being crucified, hastening their death. “But when they came to Jesus and saw that he was already dead, they did not break his legs” (John 19:33). Why?

There’s one clear reason why: God was making sure every prophecy given hundreds of years ago, before Jesus was even born, was being carried out exactly as He’d promised. “These things took place that the Scripture might be fulfilled: ‘Not one of his bones will be broken’” (John 19:36).

This is so awesome. With all the modern opportunities for extreme, sensational visual depictions of the suffering and death of Jesus, John and the other Gospel writers went to no lengths to overdramatize the events. The horror of the words themselves were adequate, they assumed. Just the fact that Jesus was crucified seemed enough. The real story here, they were saying, was that everything was happening to the letter. The One who is always “watching over my word to perform it” (Jeremiah 1:12) was accomplishing it all.

That’s why Jesus could say “It is finished.” Whenever this word was used in a business context, it marked a bill of sale as “paid in full.” Done. Handled. Completed. Consummated. “Finished.” When Jesus used this word on the cross, it meant He’d accomplished every single thing this transaction required of Him.

Marvel at this: the same God who ensured that every word and syllable prophesied about Jesus was fulfilled to the final, finishing touch will ensure that every promise He’s made regarding you and me will happen just the same.

That’s why John told us this story. “He who saw it has borne witness—his testimony is true, and he knows that he is telling the truth—that you also may believe” (John 19:35). Not to fill us with sympathy, but to lead us to belief. It’s the only question this week that really matters. In seeing God at work, and finishing His work, do you believe?

Now read this: The purpose of the last Passover