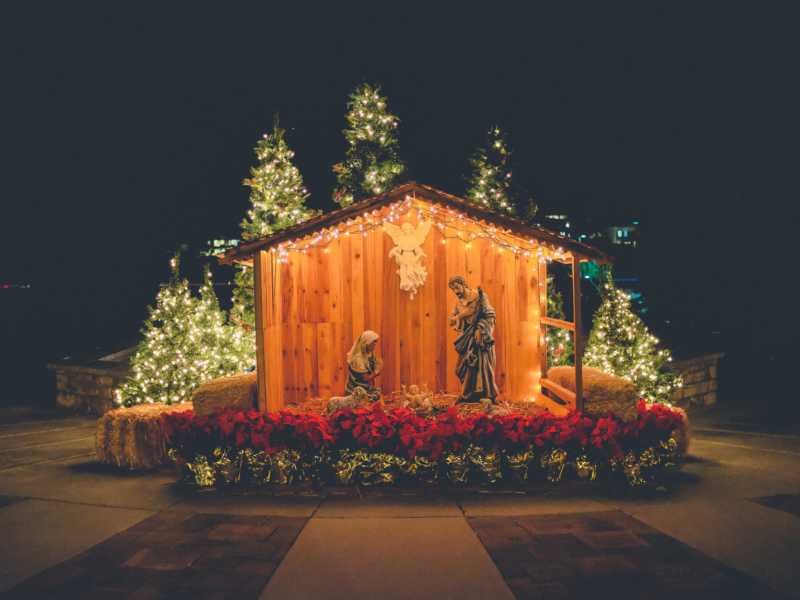 The fact that the Christmas story starts with a genealogy shows us that it’s a real story that happened in a real place at a real time.

Gabriel had already informed Zechariah and Elizabeth they would have the forerunner of the Lord as their son. Then Gabriel showed up in Nazareth, one of those cities that was on the way to another city. Nazareth also was a place known for its wickedness. Yet living in this godless place was a godly girl named Mary, a direct descendant of King David.

The angel Gabriel made this announcement to Mary: “Do not be afraid, Mary, for you have found favor with God. And behold, you will conceive in your womb and bring forth a Son, and shall call His name Jesus. He will be great, and will be called the Son of the Highest; and the Lord God will give Him the throne of His father David. And He will reign over the house of Jacob forever, and of His kingdom there will be no end” (Luke 1:30-33 NKJV).

Read this: How I moved from bitterness to hope

The angel was telling Mary, in effect, “You are a fulfillment of Bible prophecy.” Imagine being told that you would be the one to fulfill the words of Isaiah 7:14: “Behold, the virgin shall conceive and bear a Son, and shall call His name Immanuel” (NKJV).

But that which would be conceived in her would come from the Holy Spirit, and the problem was getting Joseph to believe it. And when she told him, he didn’t believe it. But then an angel of the Lord appeared to Joseph and confirmed that she would be the mother of the Messiah: “And she will bring forth a Son, and you shall call His name Jesus, for He will save His people from their sins” (Matthew 1:21 NKJV).

Back in those days, there were a lot of boys named Jesus. It was a popular name that meant “Jehovah saves.” Joshua and Yeshua are variations of the name. But this wasn’t just any Jesus; this Jesus would save his people from their sins.

The angel was effectively saying, “Joseph, listen. Not only is your betrothed wife carrying the Son of God, but she is carrying the Messiah of Israel. She is fulfilling prophecy.”

At that time the Roman emperor, Augustus, decreed that a census should be taken throughout the Roman Empire. (This was the first census taken when Quirinius was governor of Syria.) All returned to their own ancestral towns to register for this census. And because Joseph was a descendant of King David, he had to go to Bethlehem in Judea, David’s ancient home. He traveled there from the village of Nazareth in Galilee. He took with him Mary, to whom he was engaged, who was now expecting a child. And while they were there, the time came for her baby to be born. She gave birth to her firstborn son. She wrapped him snugly in strips of cloth and laid him in a manger, because there was no lodging available for them. (Luke 2:1–7 NLT)

Luke was a physician by trade and was meticulous in his reporting. He was very poetic but also a stickler for the facts. Luke wasn’t an eyewitness of the life and ministry of Christ, so he interviewed the people who were the key players in this story. No doubt he sat down with Mary and heard the story from her and talked to other people who were actually there. Then he put it all together give us an accurate record of what took place. This was a real event, happening in a real place in real time.

Luke mentions both Caesar Augustus and Quirinius, who were real people. Caesar Augustus, whose actual name was Caius Octavius, was the first true Roman emperor. He was the great nephew of Julius Caesar. But after Caesar passed from the scene, they took the name of Caesar and turned it into a title. Caius Octavius became the Caesar of Rome, but he started calling himself Augustus Caesar. The term Augustus means to be worshiped and revered.

Archaeologists have discovered an actual monument dedicated to Caesar and inscribed with the words “Augustus Caesar, the savior of the whole world.”

This makes sense when we look at the angel’s statement to the shepherds, who were keeping watch over their flocks by night: “The Savior – yes, the Messiah, the Lord – has been born today in Bethlehem, the city of David! And you will recognize him by this sign: You will find a baby wrapped snugly in strips of cloth, lying in a manger” (Luke 2:11–12 NLT).

Effectively, God was saying, “Augustus Caesar is not the Savior; Jesus Christ is the Savior. The Savior is not wrapped in royal robes. He is wrapped in strips of cloth, lying on the floor of a barn.”

I like the way Sally Lloyd-Jones summed up what happened: “The God who flung planets into space and kept them from whirling around and around, the God who made the universe with just a word, the one who could do anything at all – was making himself small. And coming down … as a baby!”

Really, when you look at the life of Christ, it is not a rags-to-riches story; it is a riches-to-rags story. Jesus went from being a sovereign to being a servant, from the glory of Heaven to a stable for animals. And all of that he did for us.

Now read this: Why you should find time to do absolutely nothing this Christmas