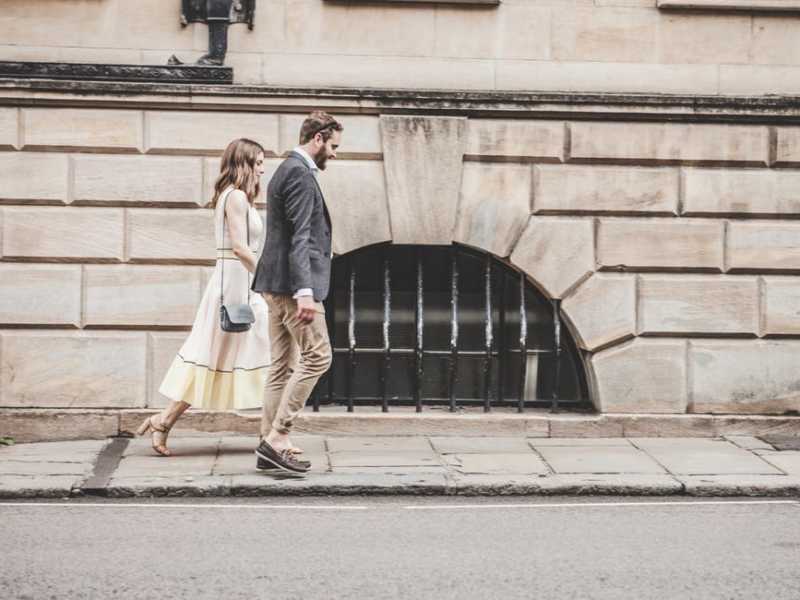 My wife and I were on our way to church on Sunday, and if you’re anything like us you can probably guess what happened. I bet it’s happened to you hundreds of time.

We got in an argument.

You can also probably guess what it was about: something petty. I hate even admitting this: It was about whether it was humid out or not. I thought it was. My wife shot back, “No it’s not.”

WWIII. We went back and forth, her thinking it was no big deal, me feeling like I was being disrespected. Until there was just silence. Painful silence.

Now eventually we came to a stoplight and it took everything inside of me to look over and say I was sorry. I shouldn’t have escalated the situation and I should have believed the best of her intentions. She apologized too.

No, I didn’t call or text Kirk and have him walk me through where I failed and what my wife and I were dealing with. I didn’t need to. In fact all I needed to do was hit “play.”

See, since January, we’ve been working on a six-week marriage and parenting course called “THE HEART OF FAMILY: Six weeks to happier home and healthier marriage.” Over these last eight months, there are plenty of times I’ve been jolted and forced to look inward as I’ve been preparing the material. Sunday night was one of those times. As I was putting some finishing touches on the study guides for the course, I hit play on one of the episodes. Shortly after, Kirk and his wife Chelsea appeared on the screen from their kitchen table and Kirk began talking about how “the heart of the problem is the problem of the heart.” How we are bent towards selfishness. How we have to stop focusing on changing our spouse and instead focus on how we can change ourselves.

It was a shot to the gut.

Watch a sneak peek from THE HEART OF FAMILY featuring Kirk & Chelsea Cameron.

Sunday’s fight had nothing to do with the humidity. It was about selfishness. It was about my desire to be right. It was about that desire pushing me to say things I shouldn’t. The problem was in my heart. And that’s the biggest problem in marriage.

In the end, there’s only one who can fix our heart. There’s only one person who can rescue our marriages and make them about more than ourselves and what we can get. It’s Christ. That’s why I’m so excited about this week.

Yesterday, we announced THE HEART OF FAMILY. In it, Kirk and Chelsea share the solid, biblically-based principles that they’ve learned over 25 years of marriage while parenting six kids.

I know it’s going to transform your marriage because it’s already transforming mine. It’s already forcing my eyes up instead of down. I’m excited for my wife and I to join you for the next six weeks. Especially because it’s not JUST about marriage. As the parents of a 2-year-old, we’re battling the temptation to make our lives more about our little girl than about investing in each other and glorifying God. That’s tough.

So if your marriage could use a tune-up, if your family needs a shot in the arm, or if you want maybe a few less arguments on the way to church, I recommend signing up.

Let’s do it together.

Now through August 21 get 20% off THE HEART OF FAMILY with a special discount code. Click here for details.