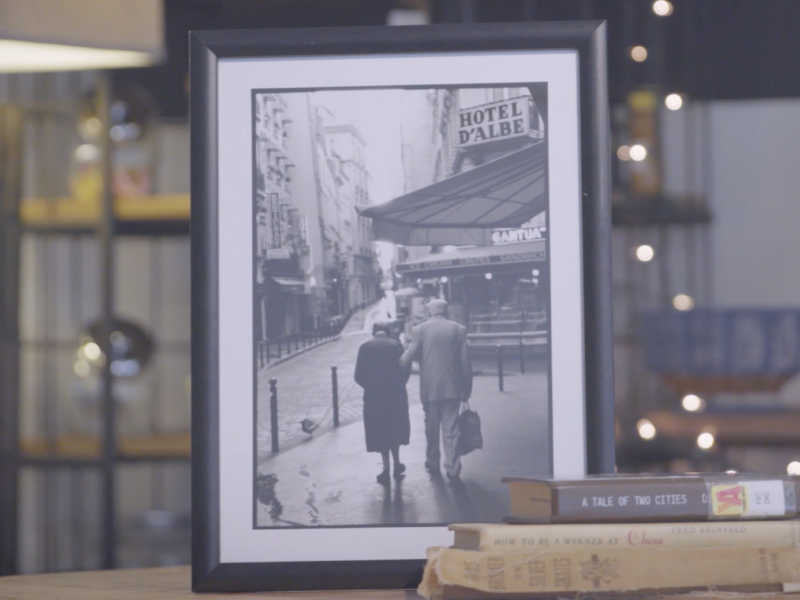 I remember on my wedding day during my father-in-law’s speech he said something that has always stuck with me: “The only thing more beautiful than young love is old love.” It’s so true! So I was excited when I saw Kirk and Chelsea Cameron explaining a beautiful picture of old love during this week’s THE HEART OF FAMILY lesson.

This week is all about forgiveness: how essential it is, how Christ-like it is, how hard it is, but also how beautiful it is. Near the end of the lesson, Chelsea talks about a picture that they took in Europe early on in their marriage. It shows an old couple walking down the street, arm-in-arm. To many, it may seem like nothing. But to them, it was so much more.

Chelsea explains why the picture is so important:

We were walking down the street and there was this old couple, they must have been in their 90s. And they were walking down the street and we took a picture of them. And he was just holding her and you could just feel their story. And it was just this love story. And I thought to myself in that moment, ‘I’m going to get that. I’m going to finish.’ And you’re not going to finish without a series of small and large forgivenesses in your life.

How true is that? Forgiveness is essential to marriage. And you don’t get to an old, 60+ year marriage without a lot of it. I hope someday someone sees me and my wife in our old age and is inspired by the marriage we’ve had.

Until then, though, we’ll be watching Kirk and Chelsea to figure out how to get there.

Get this week’s lesson on forgiveness plus five others!