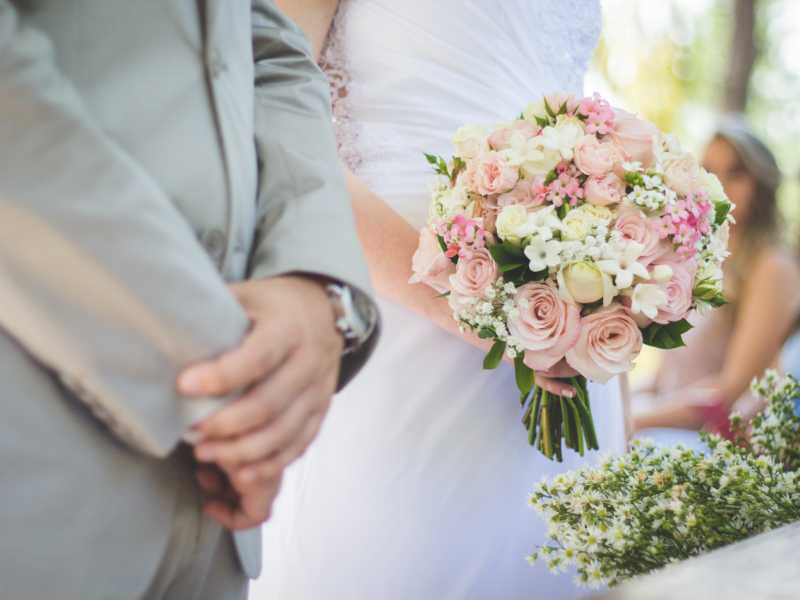 If you were to say what you think are the three most common reasons for marital un-bliss, what matters would be thrown into the mix?

Money? Sex? In-laws? Parenting? Or perhaps the newcomer on the block – competing with technology for the attention of your spouse? (Who among us hasn’t wished our spouse would stop staring at that blasted phone screen and listen to us instead?)

While these issues all win participation trophies, I’d like to suggest that the top trio of trouble consists instead of these: emotional baggage, unmet expectations and untrue perceptions. They can cause your communication to derail and send any hopes of harmony packing. However, if quickly recognized and calmly discussed, they can keep conflict from escalating and actually usher in growth as a couple.

Emotional baggage consists of the negative thoughts and feelings from past experiences that you’ve dragged into the present – sometimes inadvertently. It is as if you and your spouse are both facing each other holding suitcases chock full of the stuff. Trouble is, neither of you know what is in the other one’s baggage!

Do you want to strengthen your marriage and your faith? Sign up for Kirk Cameron’s online community.

I once innocently told my husband to, “Quit playing dumb!” when I thought he was pretending not to know something. However, he didn’t hear me accuse him of bluffing. He felt that I’d called him stupid – which was NOT at all what I meant. As a dyslexic, in school he never felt academically confident. He remembers as a fifth grader walking to the third-grade classroom for group read-aloud time. So, when his ears heard the word “dumb,” his heart interpreted it to mean he was not smart.

The second setback is unmet expectations.

Expectations often come from past experience. You had a parent who was handy or neat or communicative or _______ (fill in the blank) and you expect your spouse will be the same. Or, you have expectations that your mate will behave a certain way in a situation – most usually the way you would behave – but sadly they don’t. Unmet expectations also migrate into marriage via the assorted screens we stare at daily. We spy unrealistic Hollywood depictions or relational perfection on social media. We grow discouraged when our marriage doesn’t seem to measure up.

Finally, we have untrue perceptions. These are conclusions drawn, based on appearance, that are completely false but the person viewing the situation believes them to be true. Because what we imagine to be true, we declare to be true, we often act upon that incorrect assumption as if it were fact.

Our reactive behavior to untrue perceptions may take our spouse by surprise. Like the time my husband swung by the market on his way home from work, bringing me some half-and-half, just as I’d requested. However, when I spied the phrase “Fat-Free” on the side, I deduced that my husband wished I were a little more fat-free myself!

So, what can we do to keep the communication about whatever topic is at hand – money, sex, all the things – from heading south when we encounter one of these potentially conflict-inducing culprits?

Often, we assign an imaginary motive to someone typically because of something that has happened in the past. We need to wipe the slate clean, choosing to believe that our spouse sincerely has our best interests in mind.

Rather than jumping to conclusions, ask questions. As you do, let your better half know what you think you hear them saying and allow them to tell you if that is what they indeed mean. Then, you won’t be acting on an untrue premise, assigning an imaginary meaning. This also goes for the words typed out in texts too. Although, a darling emoji or two can help to convey the meaning there. {winky face, red heart, thumbs up}

Grant grace and don’t give it an expiration date.

During the times when you experience hurt due to something that your spouse says – or doesn’t say – grant grace. Grace is willing to forgive, to hit the restart button. We would do well to grant grace quickly and continually, knowing there will be times when we desperately need it as well. Grace creates space for our marriage to move forward rather than grow stagnant. So, grant grace. Over and over again.

Determine to keep showing up, performing the very hard work – but oh-so-rewarding practice – of having healthy communication in marriage.

This post originally appeared on Fox News and was republished with permission.

Do you want to strengthen your marriage and your faith? Sign up for Kirk Cameron’s online community.