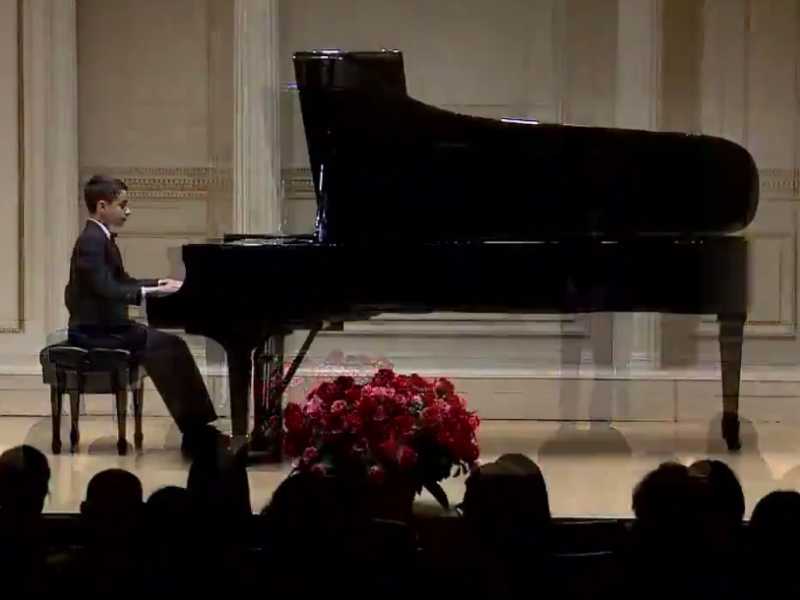 Shortly after Daniel Colaner’s birth, The doctors gave him only a 25 percent chance to live. Now, twelve-year-old Daniel is a musical prodigy, and he’s performing on some of the most world-renowned stages, like Carnegie Hall.

Daniel’s parents, Dan and Marie Colaner, received the news that their infant child was diagnosed with stage four neuroblastoma, which affects the nervous system. To keep his brain developing, doctors encouraged playing music during his early years of chemotherapy and treatment, reported by ABC News. Piano quickly became a part of his healing therapy, though it developed into something far greater than a simple therapeutic exercise.

After performing at Carnegie Hall, Daniel said, “This is amazing. I never imagined getting here.” Daniel also performed on Good Morning America, as well as St. Patrick’s Cathedral in New York City.

His parents aren’t only proud of his accomplishments but feel “incredibly blessed” for his health and happiness.

“It’s just a miracle that he’s here today,” said Marie Colaner in tears. “We just thank God for every moment of every day.”

Watch the story from ABC News below:

From the hospital to Carnegie Hall, one 12-year-old boy beats cancer and becomes a prodigy. @TomLlamasABC reports. #TheComeback pic.twitter.com/iPL7CpCawT

Daniel is not only an expert on the piano but the organ, too. This performance will blow you away!

Caitlin Jordan is the assistant editor for TheCourage. While she loves small towns and the great outdoors, she lives with her husband, Ryan, in the big city of Dallas, Texas. She is passionate about the importance of transparency and loving those that disagree with Christian beliefs. You can follow her on Facebook and  Twitter.