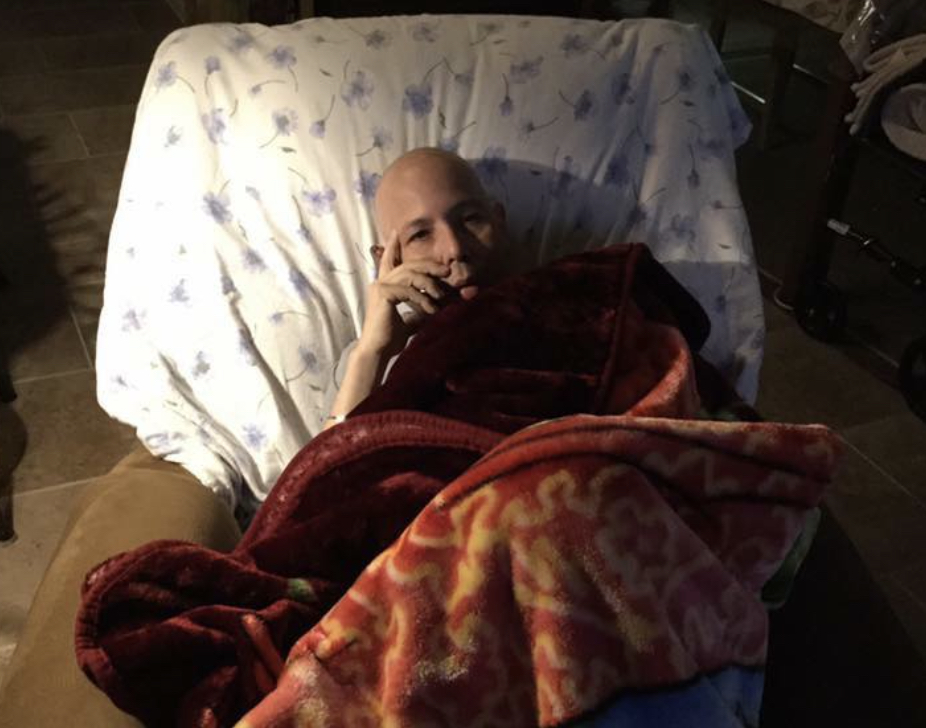 Lee Hernandez is dying, and he knows it. The 47-year-old Texas Army veteran suffers from chronic strokes. Doctor’s haven’t been able to figure out what’s wrong. So now, the goal is to make him comfortable during hospice care as he nears the end of his life. And that’s where you come in.

See, Lee and his family have one final wish: they want to hear from you. No, really. And they especially appreciate prayer calls.

The Arizona Republic explains the origin of the request:

The request came after Lee asked his wife to hold onto his phone one day “in case someone calls.” After nearly two hours with no calls, Lee told his wife, “I guess no one wants to talk to me.”

“It broke my heart,” Lee’s wife, Ernestine, told the Republic. “(Lee’s) speech is not very well, so many people didn’t take much interest or want to talk to him.”

In an attempt to change that, she reached out to Caregivers of Wounded Warriors to help spread the word. The post then made it to an Arizona veterans Facebook page. And from there, it started spreading like wildfire (with the blessing of his wife).

“A lot of people call to pray with him. It really uplifts him,” she told the Republic. “Thank you everyone for your calls and support. I am trying to give him the best life I am able to with the help of my mom.”

The best time to call is between 4-8 pm CT. And if there’s no answer, Ernestine says don’t be offended: Lee is battling a lot of pain and they can’t always answer. In addition, because of an influx of calls and texts, if you can’t get through you can also share encouragement on the couple’s public Facebook page.

In an update posted to that page on Sunday, Lee and Ernestine said that the “power of prayer is really working”:

“Thank God we made another beautiful glorious Day the Heavenly Father has given us,” Ernestine said in another post. “Thank you all for your support and taking this difficult journey with Lee and myself. Lee woke up kinda hungry this morning.”

In addition to the calls, some people are organizing a post card campaign, and others are even trying to get President Trump to call.

Lee served over 18 years in the Army and did a tour in Iraq. He and his wife live in New Braunfels, TX.

Do you think you can spare a few minutes?