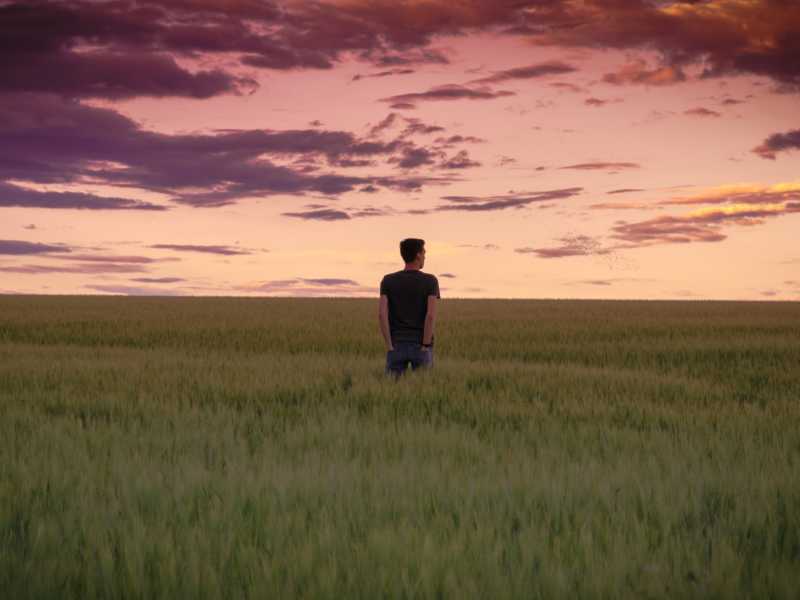 The tempter came and said to him, “If you are the Son of God, command these stones to become loaves of bread.” But he answered, “It is written, ‘Man shall not live by bread alone, but by every word that comes from the mouth of God’” (Matthew 4:3–4, ESV).

The only power that temptation has over you is deception. And that’s all that’s really needed because it’s usually enough. If something is tempting you, it’s because Satan has made it look better than it is, or your flesh has lied to you, convincing you through your sinful nature that something very bad for you is actually good for you, or at least well-deserved by you.

But it really doesn’t matter what the lie is.

The truth is always able to defeat it.

You’re probably familiar with the account of Jesus’ temptation in the wilderness (Matthew 4:1–11)—how He answered each appeal of Satan with confident rebuttals from the Word of God. Amazing, isn’t it—the Son of God (who is truly the Word of God) quoting the Word of God to claim victory over the enemy of God. Why would we expect to do less ourselves?

Read this: If you struggle with self-control

Jesus is our model. Some people say He wasn’t truly capable of sinning, that He used His deity to conquer temptation. But that’s not true, because He “was in all points tempted as we are, yet without sin” (Hebrews 4:15, NKJV). They’ll say, well, if He never sinned, how could He have felt the full weight of temptation? To which I would say: Which contestant in a weightlifting competition feels the most weight of the barbell? The ones who tried to lift it and failed? The ones who dropped it? Or the one who held it high over his head? All of it?

Hear the lies? Hear the deception? It’s always buzzing around any temptation that comes circling you.

So allow me to share with you a most practical statement of victory that has made all the difference for me in using my faith to fight temptation, and I pray you’ll experience the same result. It’s just a really basic formula: “Name the lie, insert the truth.”

Name the lie, insert the truth.

The appeal of lust, for example? It’s a lie. The Word of God says that one man with one woman for a lifetime is His sole design for sexual union. Anything outside of that blessed relationship is sure to lead to misery. That’s the truth. And when believed—by faith—it’s a deal-breaker for deception.

Other temptations—like the appeal of materialism, bitterness, unforgiveness, or substance abuse—are all lies. Name the lies—the ones that commonly sound the most tantalizing to you. Insert the truth—specific statements and principles from the Bible that categorically refute the lies you’re being dealt.

You could find yourself today or tomorrow in all kinds of conditions where even old, familiar lies sound irresistibly inviting. And yet the same parameters stand constant. Either you’ll believe what the world says is true, that God is trying to make you miserable and keep you from things that would make you happy—or you’ll believe the Word of God is true, that He is trying to protect you from things that would make you miserable.

Name the lie, insert the truth.

And live to tell about it.

Now read this: When you’re tempted to disobey God