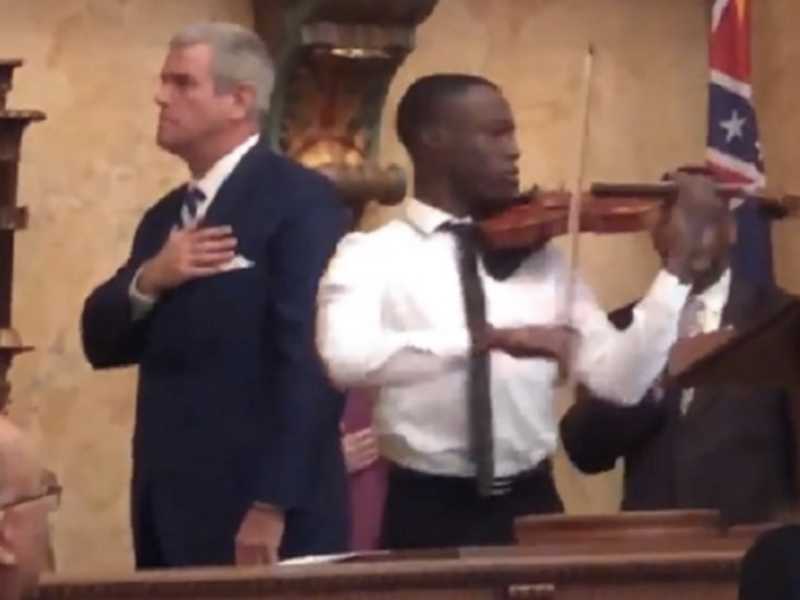 A violinist received a standing ovation after he performed a stunning rendition of the Star Spangled Banner at a Mississippi government building last week.

Last week, Mississippi State Rep. Missy McGee posted a video of John Uzodinma, a graduate of the University of Southern Mississippi, opening the House proceedings by playing the national anthem in a way it’s not often heard – on the violin.

“Do yourself a favor and listen!” McGee wrote. “It will make you so proud to be an American!”

What a great way to start the day! John Uzodinma, a violinist who is a graduate of the University of Southern Mississippi, opened today’s proceedings of the Mississippi House of Representatives with our National Anthem. Do yourself a favor and listen! It will make you so proud to be an American!

In the video, Uzodinma, who is now a graduate student at Louisiana State University, stands next to lawmakers with their hands placed over their hearts as he passionately performs the song, to which he received a standing ovation when he was done.

“What a great way to start the day!” McGee wrote.

Do you want to join a faith-based online community with Kirk Cameron? Sign up today!